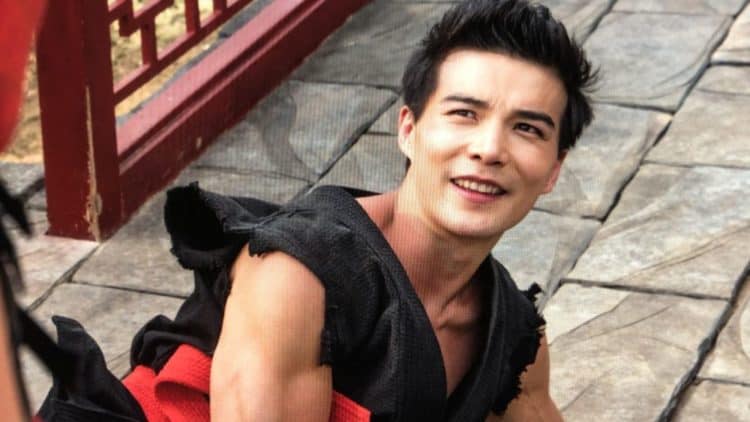 1. He Goes By His Chinese Name

It isn’t uncommon for Chinese actors to use English names when working in English-speaking film industries. For example, Jackie Chan started using the nickname Jackie because he picked it up while working as a construction worker in Canberra, Australia. In contrast, his Chinese name can be transliterated as either Sing Lung or Cheng Long, though it is interesting to note that this started out as a stage name as well. Meanwhile, Lin’s name is just his Chinese name Lin Ludi in reverse order, perhaps because “Ludi” is intuitive for English speakers in a way that a lot of Chinese names are not.

Lin was born in a place called Fuzhou. In short, Fuzhou is one of the most important cities of the Chinese province of Fujian, which can be found on the country’s southeastern coast. It is interesting to note that Fuzhou has a strong connection with the species of fig called the banyan, so much so that those with a poetic turn of mind have been known to call it the City of Banyans.

When Lin was still a child, he was sent to study at boarding schools in Australia. However, he went to Canada when he was still a high school student, with the result that he is now a Chinese-Canadian in the sense that he was a Chinese citizen who has since become a Canadian citizen. This is an important point because the Chinese government doesn’t recognize dual citizenship, meaning that a Chinese citizen who becomes a citizen of another country loses their Chinese citizenship on an automatic basis. The exact reasons for this policy are complicated, but one of them was the Chinese government’s desire a few decades ago to soothe the fears of several Southeastern Asian countries regarding their sizable ethnic Chinese populations.

4. Went Into Acting Despite His Mother’s Admonishment

Lin’s mother was an actress on the theatre stage. As a result, Lin became interested in acting when he saw her performances as a child. However, it is amusing to note that he went into acting in spite of her admonishment that he should do something else with his life. Having said that, Lin does seem to have prepared a backup plan in case his acting career didn’t pan out, as shown by how he studied dietetics as well as medicine.

On the whole, Lin seems to have a strong interest in the martial arts. After all, he does Muay Thai, Jiu-Jitsu, and Olympic-style wrestling, meaning that he isn’t limited to a single style. Furthermore, it should be mentioned that Lin actually spent some time studying martial arts in Thailand and Japan, which speaks of much greater than normal dedication to said pursuit. In any case, his interest in martial arts has proven to be very useful to his acting career, seeing as how some of his most notable roles have seen him making use of them.

Besides the martial arts, Lin has shown a strong interest in other physical activities as well, with snowboarding and scuba diving being the most prominent examples. Having said that, it seems reasonable to speculate that his interest in these two particular pursuits have been influenced by his time in British Columbia, seeing as how the Canadian province provides plenty of opportunities for both of them.

7. Can Speak Both Mandarin and Cantonese

8. Set to Star in a Netflix Movie

Currently, Lin is set to play one corner of a love triangle in an upcoming Netflix movie called The Ghost Bride that is expected to be released sometime in 2020. Those who are curious should know that the movie is based on a real practice in Chinese culture called ghost marriages, which are marriages in which either one or both parties are already dead at the time of the marriage. Such marriages can happen for a number of reasons. For example, ghost marriages involving two deceased participants were sometimes performed to ensure that they would be taken care of in a spiritual sense in the afterlife. Likewise, ghost marriages involving a deceased man but a living woman were sometimes performed to bring a caregiver into the man’s family as well as provide a convenient excuse to perpetuate the family by adopting a child into it. Unsurprisingly, a lot of people find the concept of ghost marriages to be rather spooky, which is why there are horror stories told about them as well.

Recently, Lin was in an episode of Black Mirror called “Striking Vipers.” He played the part of Lance, who was a playable character in a virtual reality fighting game. Story-wise, the character wasn’t a character in his own right but rather a vehicle through which the protagonist Danny engaged in an adulterous relationship with his best friend Karl, who played a character called Roxette, in spite of the fact that the two have no attraction with one another in their real bodies.

Even more recently, it was revealed that Lin was in talks to play the part of Liu Kang in a new Mortal Kombat movie. Currently, next to nothing is known about the upcoming movie. However, it seems safe to say that Lin will be playing an important part, seeing as how Liu Kang has been one of the main characters for the fighting game series since the start even if he has stepped back from the spotlight from time to time.

Clancy making a name for himself

Get to know Duke of Edinburgh’s Award recipient Kevin Javanmardi –...

Wimberley karate instructor sentenced to life plus 20 years in child...

Williams bringing Elvis tribute back to Ladner stage where it all...