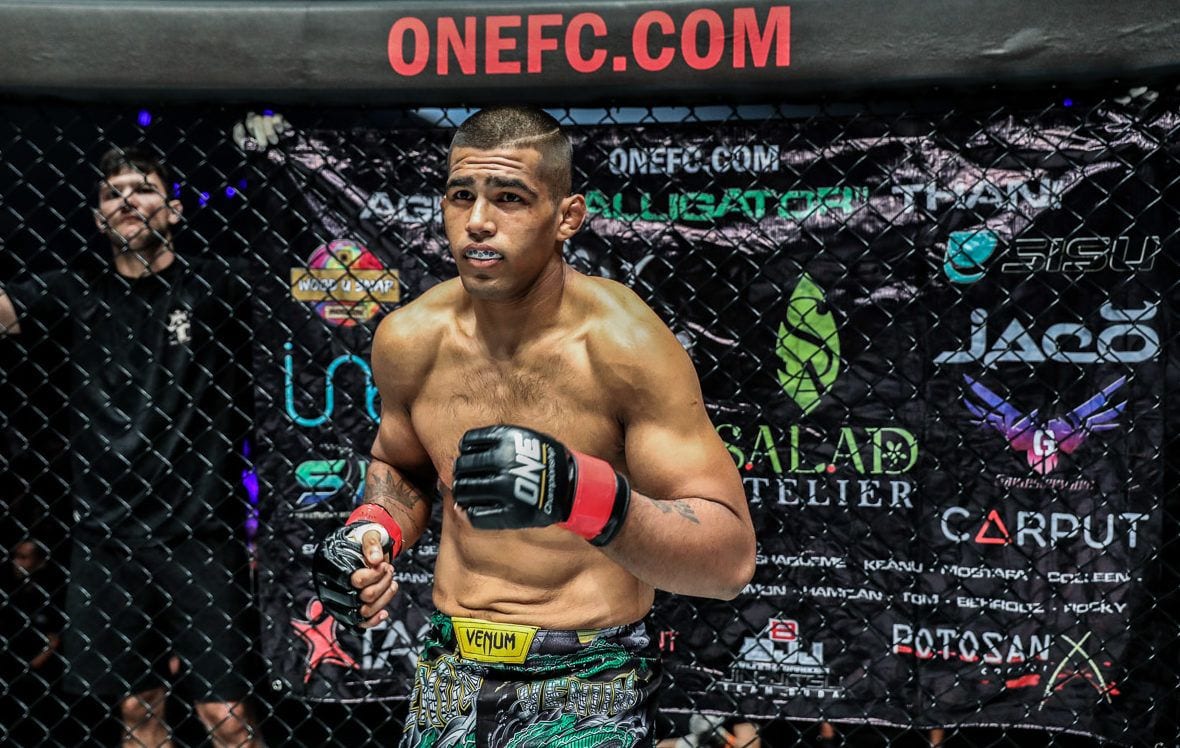 To say ONE welterweight Agilan Thani was unwaveringly focused on fulfilling what he perceived as his destiny to become a professional martial artist would be an enormous overstatement.

Growing up in Kuala Lumpur, Thani was always an active kid who loved sports, despite carrying a few extra pounds on his rather large frame.

But his first love lay with an altogether different art. Thani always had a natural affinity with the world of music, and that’s where he originally believed his future lay.

“When I was a kid I wanted to become a musician,” said Thani.

“I played music from when I was 13 up to 17-years old, with the acoustic guitar, electric guitar, and the classical guitar.”

As much as Thani enjoyed it, after discovering his new passion with jiu-jitsu, there just wasn’t enough time to go around. He doesn’t do things in halves, and Thani’s love for martial arts was what would soon command his undivided attention, as he recognized that he had much more potential on the mat.

“I eventually stopped and then continued martial arts after that. I felt like I wasn’t paying much attention to growing as a musician, I was just playing for fun instead of a career,” said Thani.

While his dedication to musical improvement may have completely dropped off, Thani still likes a quick strum to relax after a tough training session at his base at Monarchy MMA.

“I have one guitar at home that I’ll play. I enjoy it every now and then but I kinda get bored of it quickly.”

Thani will be hoping he can play a tune of a different kind when he gets back into the cage against Yoshihiro Akiyama at ONE: Legendary Quest in Shanghai on June 15.

The 23-year-old Thani will take on the Japanese-Korean star in what will be the latter’s promotional debut with the booming Asia-based organization, and he’s looking to ensure he spoils that arrival and puts on a display to capture the attention of the eyes of the combat sports world who’ll be tuned in to see how Akiyama fares in his first bout in almost four years.

“I know he is a quality fighter and that I’ll need to be at my best to earn victory. I’m just hoping for chaos,” said Thani.

“I know I want to win, and I want to do my best to win. Other than that, I have no predictions.”

Christopher Daniels expected to be out of action

Jay Park caught up in ‘MMA’ trashtalk between UFC fighters the...

British wrestling isn’t dead – but WWE is doing their best...