Vladimir Putin bizarrely offered to take on an Australian journalist at judo during a light-hearted press conference in Russia.

Australian Bloomberg reporter Rosalind Mathieson, who practices muay Thai, or Thai boxing, brought up her boxing prowess during a roundtable with the president at the St Petersburg International Economic Forum last week.

Putin joked back that he would not take her on at Thai boxing – but instead proposed a judo bout.

Putin, 66, started practising judo when he was 12 and is a black belt. 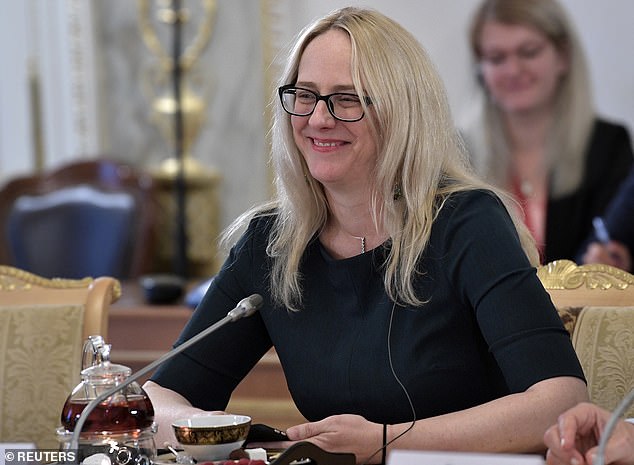 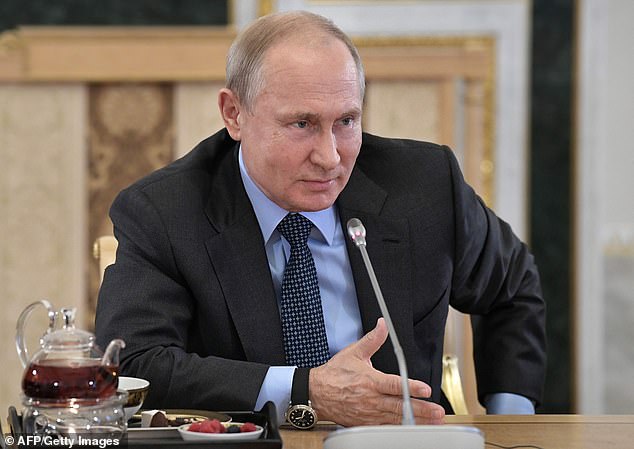 Mathieson and Putin exchanged in the banter at the St. Petersburg International Economic Forum, where the Russian leader met with the heads of international news outlets

Mathieson, who is the executive editor for international government at Bloomberg News, was at a round table with Putin and other foreign dignitaries when she brought up her boxing talents.

‘But I don’t believe I’d be brave enough to get in the ring with you,’ she told Putin.

The Russian president replied: ‘I would like to say that I would not enter the ring with you myself.

‘Not because you’re a woman, but because everyone should paddle one’s own canoe.’

Putin went on to say he had never boxed before, but instead proposed a judo bout.

‘I can meet you on the tatami for some sparring, but there I’d have a solid advantage, I assure you,’ he said.

In 2012 Putin became the first Russian to receive the 8th dan of the black belt – which is a ranking system used in martial arts. 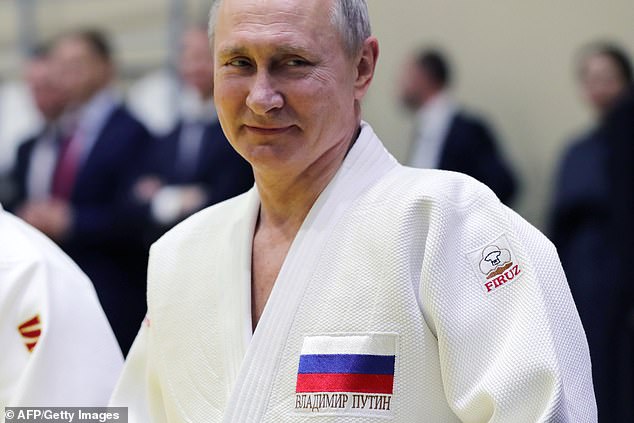 Putin has been an avid practitioner of Judo since he was just 12-years-old, and also picked up sambo – a Soviet martial art and combat sport

Kuzyutina is said to have sent Putin flying and she boasted afterwards about their sparring.

Following the sparring session, Putin even stood up and kissed his opponent on her forehead. 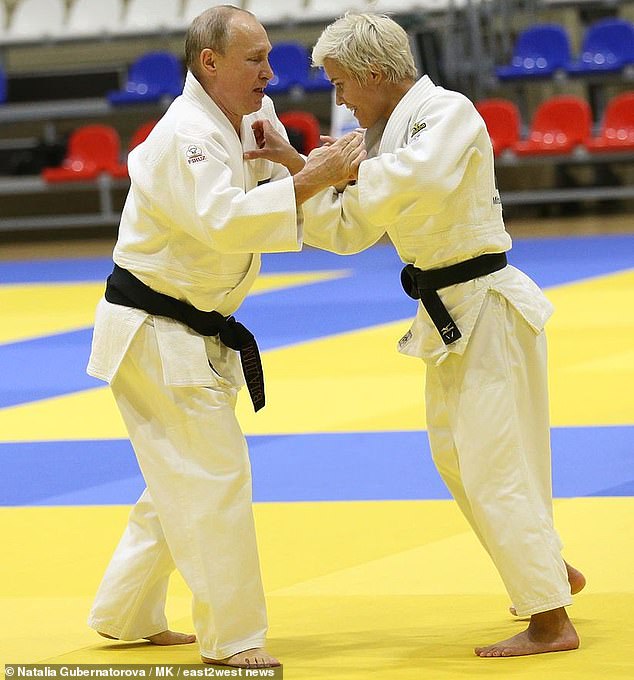 Taken down: Olympic judo medallist Natalia Kuzyutina (right) is said to have sent Vladimir Putin (left) flying during a judo session in  Sochi, Russia in February 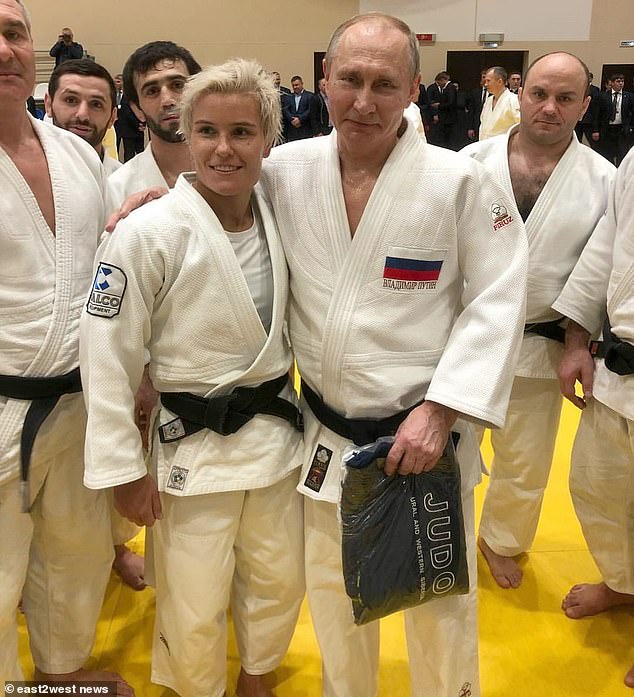 Olympic bronze winner Kuzyutina revealed how she had thrown Putin over her head, but images of the moment the judoka left him on the mat have not been released. Pictured: after the sparring session in February in Sochi, Russia

At the same session, Putin injured a finger on his right hand and required first aid.

Olympic bronze winner Kuzyutina revealed how she had thrown Putin over her head, but images of the moment the judoka left him on the mat weren’t released.

‘Thank you President Putin that after such complex negotiation at the summit he found time for a full-scale quality training,’ she said.

‘I was glad yet again to be a sparring partner of the first judoist of our country!’

Putin said after the session: ‘It’s a well known medical fact – the level of adrenaline increases in a person who practices physical exercises, so your mood improves, and you take a different look on the world around you. I can probably say that it helps you to get real.’ 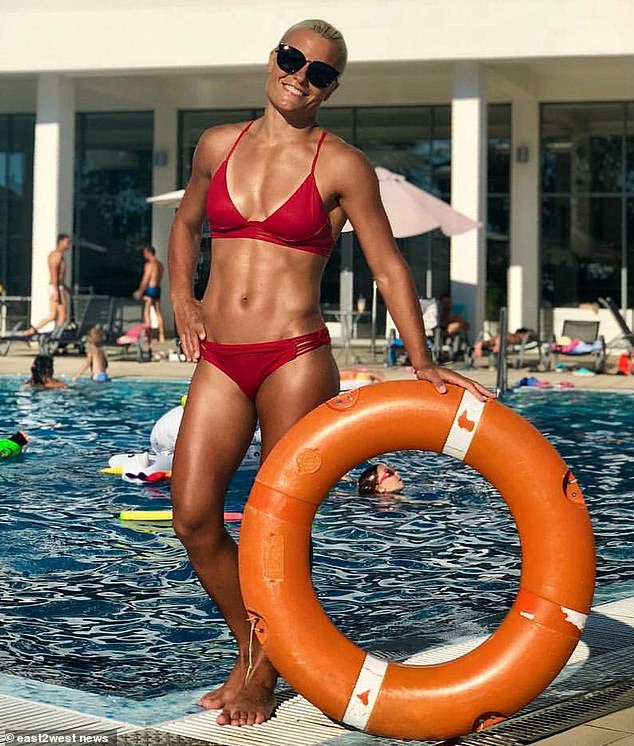 Midnight Mania! Floyd Mayweather says his retirement is over, will be...

nomad - November 22, 2019
0
Welcome to Midnight Mania! Boxing and mixed martial arts (MMA) collaborations are all the rage right now, and neither Dana White nor Floyd...

3 Reasons Why Singaporeans Must Watch ONE: A NEW TOMORROW

Their intimate behavior is very compulsive, obsessive, and hard to get...