The next ONE Championship event will be one for the history books.

ONE: CENTURY will be contested over two parts on October 13 with four championship matches scheduled along with three grand prix finals. Related: ONE: IMMORTAL TRIUMPH Results: Nong-O Puts On A Striking Clinic

The promotion has put together a 20-plus minute trailer for the event, which hits Tokyo and will be its 100th show.

ONE: CENTURY Part One

A total of seven title fights are planned with 27 world champions set for action.

In the main event of ONE: CENTURY’s first epic event, Angela Lee defends her ONE atomweight title in a rematch against ONE strawweight champion Xiong Jing Nan. Lee was unable to dethrone Xiong in their first contest, and she faces a tough test to hold on to her crown, as the Chinese superstar will be giving her all to become ONE’s first ever two-division women’s champion.

“The biggest and brightest stars of ONE Championship are ready to shine in Tokyo, and fans will surely not want to miss the festivities,” said ONE CEO Chatri Sityodtong.

By opting in, you agree to receive emails with the latest MMA News & Analysis from MMA Frenzy. Your information will not be shared with or sold to 3rd parties. 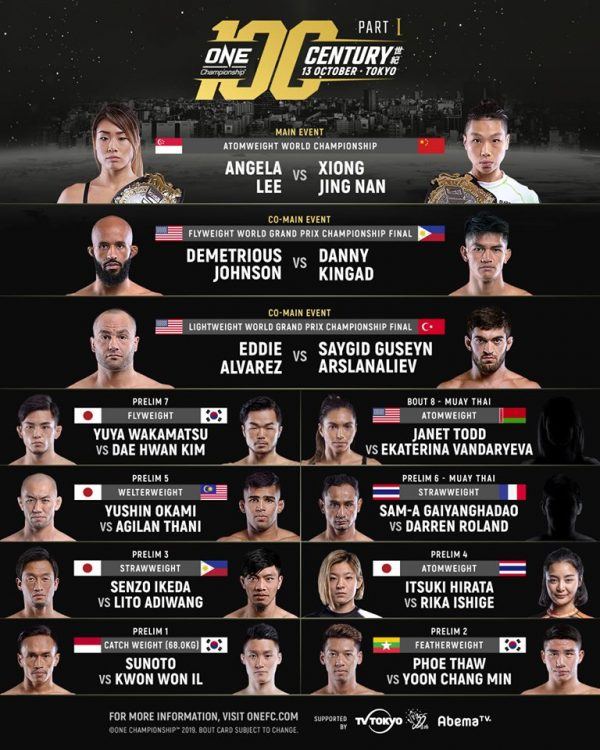 Headlining the second card will be heavyweight champion Brandon Vera dropping down to light heavyweight to face champion Aung La N Sang. Also, Bibiano Fernandes defends his bantamweight belt against Kevin Belingon, a former champion, in the fourth meeting between the two.

The world’s best strikers will also be in action, and the stakes could not be higher. ONE flyweight Muay Thai champion Rodtang Jitmuangnon makes his first title defense against Walter Goncalves, and Giorgio Petrosyan faces Samy Sana with US$1 million and the ONE Featherweight Kickboxing World Grand Prix title on the line.

Plans for the first ONE: CENTURY event featuring Lee vs. Nan and the grand prix finals with Johnson and Alvarez is scheduled to air live on TNT beginning at 11 p.m. ET. The second will go out to the masses digitally along with on over 100 foreign television networks. 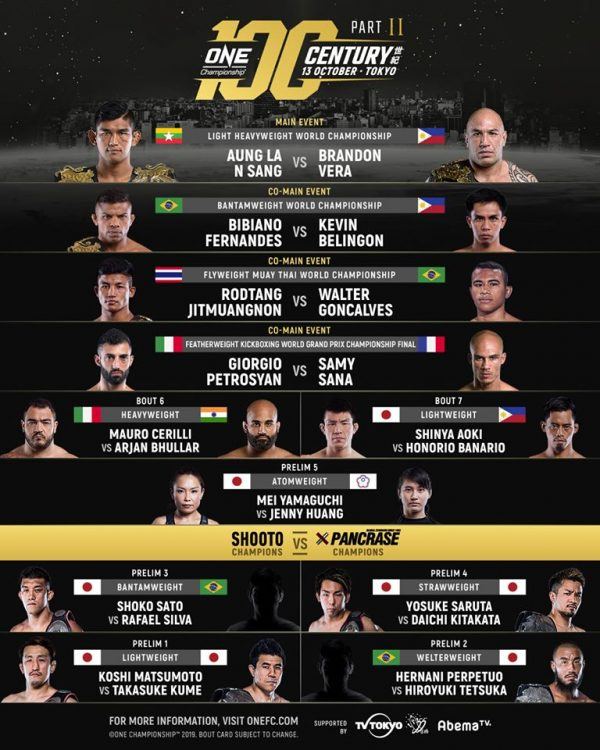 ‘We’re not lazy drug addicts’: Why I need medical marijuana

‘We’re not lazy drug addicts’: Why I need medical marijuana

nomad - October 15, 2019
0
On a quiet Sunday morning, the doors at the dojo are open at either end allowing a cross breeze to filter through the room...

Catalan: Muay Thai can be a sport for Filipinos

Jesse Eisenberg learns The Art Of Self-Defense in an arch, funny...