Tyson Fury’s sensational return to heavyweight champion glory is “the best story in boxing history”, according to his former trainer Ben Davison.

The ‘Gypsy King’ became a two-time heavyweight champion of the world with a devastating seventh-round TKO of Deontay Wilder in Las Vegas to capture the WBC belt.

It marks the culmination of a sensational climb back to the top for Fury, who has spoken openly about his battles with depression and cocaine use after dethroning Wladimir Klitschko to win the WBA, WBO, IBO and IBF belts in November 2015.

“It’s the best story in boxing history,” Davison told The Athletic. “I’m over the moon.

“It couldn’t happen to a better man. I wanted to see him do it. Not being able to be there and not working, I get very anxious. Tyson made it a lot easier on me by fighting the way he did.” 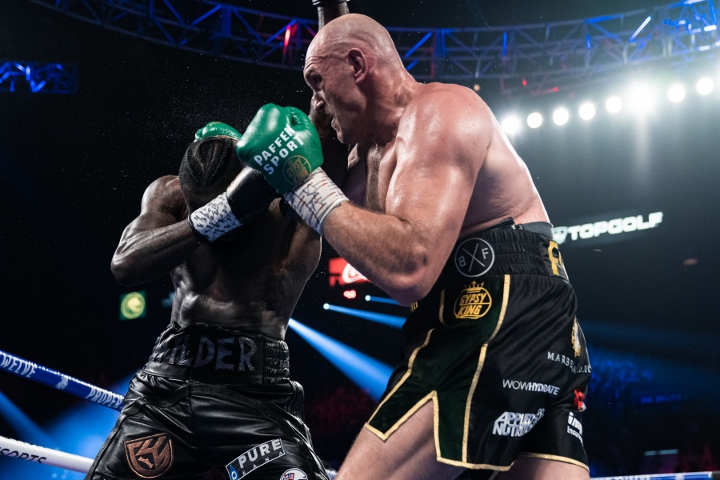 Fury’s decision to cease work with Davison, who had helped the Briton shed weight and return to elite boxing following the tumultuous times that followed his first title triumph, just two months prior to the fight caught many off guard.

One of the most surprising aspects of the bout with Wilder – which took place 14 months on from a contentious Los Angeles draw in their first fight – was the aggressive approach taken by Fury, who delivered on his promise of a knockout having floored his opponent in the third and fifth rounds.

Davison himself felt Fury showed elements of all the trainers he has worked with throughout his career and that the unbeaten champion proved himself as one of the all-time greats.

“From working with him, I obviously know Tyson’s a versatile fighter. But for him to be able to be that versatile really did surprise me. I didn’t think it would end by stoppage, or be as emphatic as that. It shocked me in complete honesty, and I’m sure Tyson shocked himself,” Davison said.

“A lot of people played their part in helping him get back to where he’s got to. I’ve always said the credit always has to go to the fighter. Now, he will always be named as one of the all-time heavyweights.”

Takam steps in vs. Forrest; Ryan Garcia back?

nomad - February 7, 2020
0
BEIJING/SHANGHAI — Even before the new coronavirus, people working in Chinese entertainment had been calling the industry's struggles their "bleak winter" - as tighter...

Amy Timlin bids for a hat-trick of pro victories on Oct...

REPORT: What Is Going On With GLORY Kickboxing?