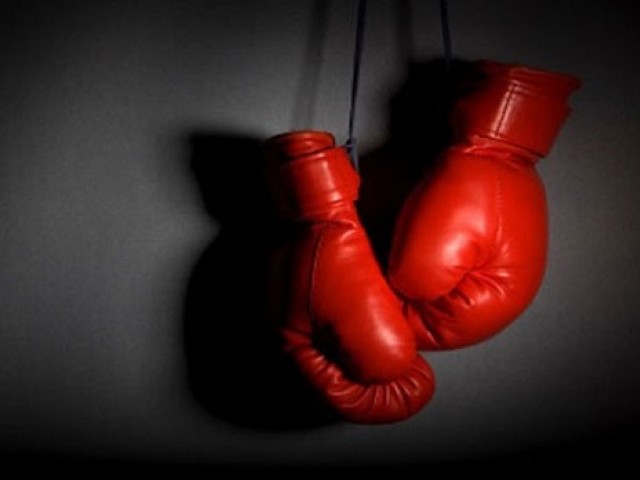 As Usmanullah Khan’s condition worsens in Canada, family requests government to help them see their beloved before it’s too late. PHOTO: AFP/FILE

KARACHI: Where Usmanullah Khan has spent a lifetime fighting in the boxing ring; his most herculean battle has been with a cancerous tumor, which has left the legend tied to his bed for two years.

After battling the disease by his lonesome in his hometown of Faisalabad, the 45 year old was taken to Canada for medical treatment, where at death’s door he yearns for his country and the presence of his kinsfolk.

An international boxing champion, Khan holds the honor of representing Pakistan on various platforms, including the 1996 Atlanta Olympics and the 2000 Sydney Olympics. However today, when he needs his country the most, Usmanullah and his family’s woes have landed on deaf ears and blind eyes.

“As he battles for his life we can only but pray, but we need to see our brother and his children deserve to see their father alive,” said Usmanullah Khan’s younger brother and former boxer Rizwanullah Khan.

“Each passing day brings more restlessness to our lives but we’re resolute in bringing our brother back to Pakistan come rain or thunder,” he added.

According to Rizwanullah, his ailing brother had been battling the disease at their family home in Faisalabad, till December 2019. Until this point, the boxer’s health had been consistently deteriorating to the extent that he could no longer talk and was bed-ridden for several months before he was flown to Canada with the assistance of a former student and friend Peter Pollock, on February 6th.

“Peter came to Pakistan upon finding out about Usmanullah’s deteriorating health and flew him to Canada without asking for a single dime in return. We were relieved, we hoped our brother will have access to better healthcare facilities and will soon recover under treatment but as fate would have it, by the time they reached Canada, Usmanullah’s condition was already critical and the doctors there had no hope to lend.”

Although there’s no cure for Usmanullah’s illness, the boxer’s family longs to see him alive before it’s too late.

“He’s there all by himself right now but we need to be there for him if something happens; at least one of us. Our only request to the government of Pakistan is to arrange for one of us to visit our Usmanullah or arrange for an air ambulance to fly him back to us,” pleaded Rizwanullah.

Usmanullah, is one of the few boxers to have come out of Faisalabad during the 1990’s and make to the world stage. As an international boxing sensation, he has toured over 29 countries and bagged 19 medals at various national and international platforms including a silver medal in the 1994 Asian Games.

According to veteran boxer Asghar Changhezi, Usmanullah’s exceptional boxing skills and his incredible ethic is what propelled his career to the heights of success. “I first met Usman and Rizwan, when I was retiring from the sport.

Both of them were newcomers, but I vividly remember Usman for his respectful nature and as far as his skills in the boxing ring are concerned, I believe his record of participating in two consecutive Olympics speaks for itself.

I have attended two tours with Usman including SAG in Chennai, and his presence is nothing shy of joyful. It’s a shame a legend of his caliber hasn’t had his country’s support in his time of sorrow, after putting so many of his years representing Pakistan on the global platform,” he lamented.

Speaking to The Express Tribune, international referee and a mentor to many Pakistani boxers Ali Akbar Shah Qadri also lamented the government’s lack of support for the onetime champion and his family. “I exhausted various platforms trying to request the government as well as the Pakistan Boxing Federation (PBF) to assist Usman and his family, but all my requests have gone in vain so far but I hope something convinces them to take action before the time’s passed and we’re left with nothing but regrets.”

Although Usmanullah withdrew from boxing professionally in 2003, those near to him tell that even during the worst of his days, the ailing boxer would talk about endeavoring to promote boxing in Pakistan as soon as his health allows him to.

“Boxing was all he ever thought about, even from the confines of his bed. He wanted to train and inspire the new crop of boxers, like our trainer Malik Jamil Akhtar did when he handpicked us out of school and introduced us to the sport. For years after retiring, Usman continued to train new boxers at his club hin Ghulam Muhammabad, where he hoped someday the government and the PBF would consider investing,” said Rizwanullah.

“Those were the dreams my brother wove from his bed but all that we can dream of today is to somehow make it to him before it is too late. We cannot afford air tickets, so it is with great reluctance that I request the government of Pakistan to arrange for either us to go there or for him to safely make it back to us before it’s too late,” he added.

Entourages have their successful place in boxing circles

The E.T. is back! – New Straits Times Online