If Golovkin gets past Sergiy Derevyanchenko, however, he is more than willing to travel to Japan to box Ryota Murata. That would technically be a middleweight title unification bout between Kazakhstan’s Golovkin (39-1-1, 35 KOs), who would hold the IBF title, and Japan’s Murata (15-2, 12 KOs), who owns the WBA’s secondary 160-pound championship.

It likely would pack a capacity crowd of nearly 60,000 into Tokyo Dome, too, because Murata is very popular in his native country.

“One-hundred percent. Absolutely, I am open for this,” Golovkin said through a translator Thursday before a press conference for his fight versus Derevyanchenko. “And, of course, we already made a first step with a world championship fight [with Derevyanchenko]. And absolutely, I’m looking forward [to fighting Murata]. It’s very, very important. I’m sure it’ll be a great fight.” 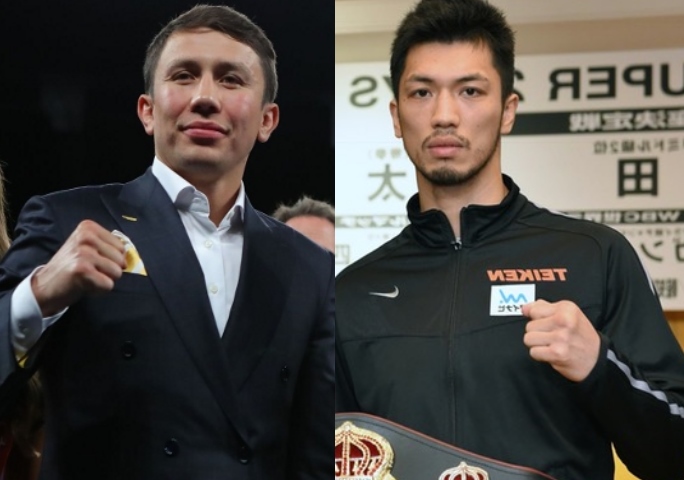 Kazakhstan’s Golovkin needs alternatives within the middleweight division now that rival Canelo Alvarez has refused to fight Golovkin a third time. Alvarez’s decision has led Golovkin to a fight against Ukraine’s Derevyanchenko (13-1, 10 KOs) on October 5 at Madison Square Garden for the IBF middleweight title that was stripped earlier this month from Mexico’s Alvarez (52-1-2, 35 KOs).

A fight with WBO champ Demetrius Andrade would be easy to make, as Golovkin and Andrade are contractually tied to DAZN. Golovkin thus far hasn’t exhibited much interest in boxing the unbeaten southpaw, though.

Murata, meanwhile, owes Brant a rematch, according to Brant’s promoter, Greg Cohen. A third bout between them won’t be an easy sell to fans or television/streaming executives because Murata demolished Dallas’ Brant in their second bout, but that doesn’t absolve Murata of his contractual obligation.

Keith Idec is a senior writer/columnist for BoxingScene.com. He can be reached on Twitter @Idecboxing.

10 boxers who were tragically shot and killed

Late boxing champ and wife’s commitment to their community hailed

Custio Clayton Ready To Introduce Himself To The American Audience

Fedor Emelianenko not necessarily all in on Bellator’s ‘retirement tour’

Judges to Be – The New York Times

Video Throwback: Darren Till Knocks Out Donald Cerrone in the First...

Pan Am and Parapan Games for Jamaica Judo this summer |...

Roxanne Modafferi is old era of MMA; I’m the future