The Big Little Lies season (series?) wrapped up last night with some courtroom drama, satisfying endings for some, and a huge question at the end.

Overall, the season was just okay for me. Season 1 was based on a novel, so there was a finite beginning, middle, and end within seven episodes.

But I don’t think seven episodes worked for season 2, especially when the episodes were only about 42 minutes long. At times, storylines seemed rushed. Plot points would come out of nowhere and then were never mentioned again. And many questions were left unanswered. And with the possibility that we won’t get a third season, we may never get those answers. Let’s all rejoice because Celeste gets to keep her kids. But honestly, even if she didn’t reveal that Mary Louise was more like Mommie Dearest than mommy of the year, no judge was ever going to remove children from their home based on the opinion of one person. 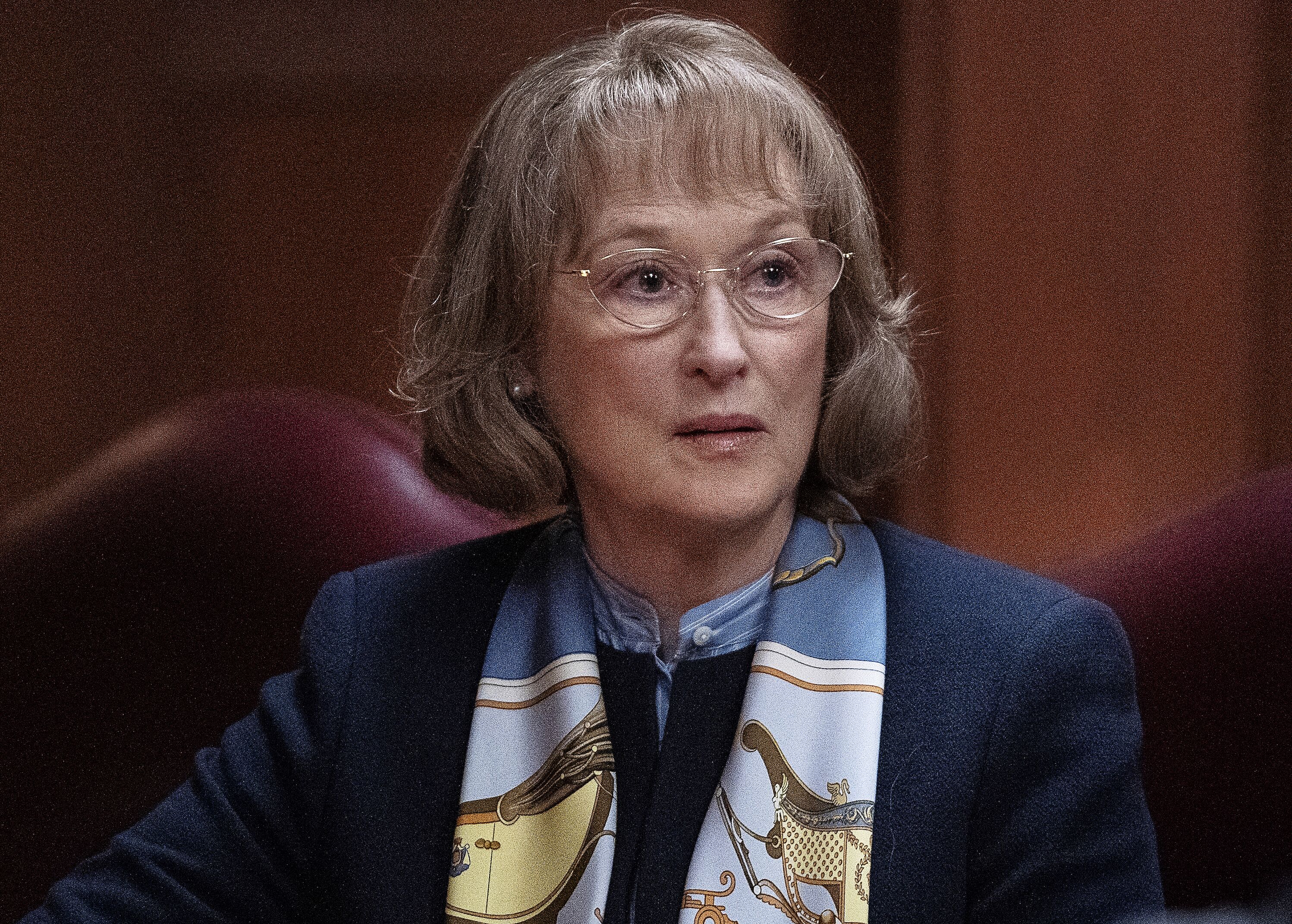 We were right to be creeped out by Mary Louise because she was driving the car in the accident that killed Perry’s brother. Then, she blamed Perry. She lost her temper, quite a few times throughout his childhood.

It poses the point that people don’t become abusers without having been abused themselves or been exposed to it. It’s evident with Perry’s sons. Max and Josh have violent tendencies because they were exposed to it from their father. Perry didn’t raise Ziggy, and he’s gentle and non-violent. It’s a huge relief that Celeste gets to keep her boys and Mary Louise can go eat crow back in Northern California.

This is one of those storylines that could seem a little rushed. Ed takes up kickboxing and Madeline at first thinks he’s pretending the punching bag is her. But instead, he’s thinking about how they need a fresh start and that they should renew their vows. Madeline immediately makes plans (a huge tent on the beach!), but he just wants it to be them and their girls. And it… was… PERFECT! Beard or no beard, I love Adam Scott with all of my heart. Ziggy was on to his mother’s feelings for Corey when he told her he could tell she loved him. When she realized Corey wasn’t out to get her, Jane was finally able to be intimate with him. And the award for best-justified meltdown goes to… Renata Klein!

What would you do if your lying, cheating husband who lost you your house and all your possessions, schemed his way into keeping his “toys?” I would take Babe Ruth’s bat off the wall and smash everything to bits and probably knock my husband over the head, too. Renata has literally been pushed to the brink, and I don’t blame her one bit for destroying everything her husband has left because he did the same to her.

One of the main reasons I want a season 3 is to see Renata’s redemption story because we all know she will not not be rich! In one of the most head-scratching storylines, everything that has been teased about Bonnie all season – she will drown; she will kill her mother in some sort of assisted suicide – didn’t happen. Bonnie’s mother does die, but it wasn’t because of Bonnie. Then, in a plot point that comes out of left field, Bonnie tells Nate that she was never in love with him. What? It makes no sense. In the end, all five women are shown gathering together and walking into the police station together. It seems as though Bonnie has decided to come clean and the women are going to support her by going with her.

Didn’t Detective Quinlan say that if one of them talks that person would get leniency and the rest would get slammed? That tells me that all of them will get slammed. So, what happens to everyone’s kids of they’re all in jail?

Next: Veronica Mars character refresher: Who’s returning to Neptune for the revival?

I know a third season is unlikely, but I hope we get one more just to wrap things up. These actresses are too good together not to bring them together at least one more time.

nomad - November 20, 2019
0
Global Martial Arts Software Market report spotlights major statistics of the current industry state and is a beneficial source of developments and opportunities for...

Sam Alvey Not Fazed By COVID-19 and Plans To Finish Rountree...

How for you to Find the Most effective High-quality CBD Isolate...