Whether their matchup actually sees the light of day is another matter. 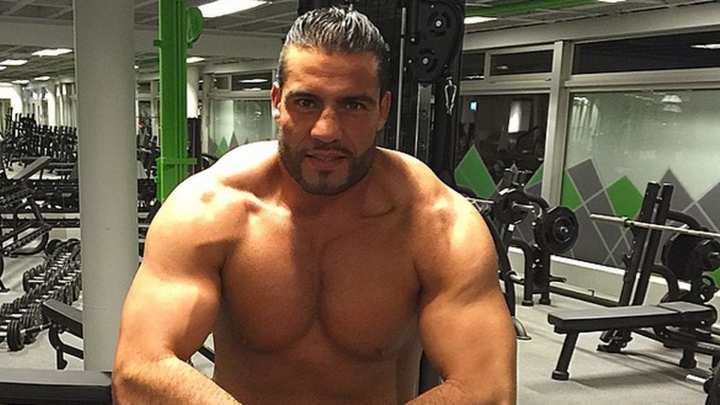 The next step will be to get them in the ring, which has been an issue for both boxers—and for any event carrying King’s brand these days. As per the terms of the purse bid, the bout will have to take place between April 16—45 days from the point of the fight being re-ordered—and May 30, which serves as the 90-day deadline.

Both boxers are also required to enroll in pre-fight random drug testing, as per the WBA’s Fair Boxing Program. Charr was once faced with the possibility of serving a six-month suspension after testing positive for two anabolic steroids during a random test conducted in September 2018. Only thanks to a loophole was he able to avoid punishment of any kind, after his “B” sample was tested without the benefit of the boxer or anyone from his team being present or even notified, a violation of World Anti-Doping Agency (WADA) code.

King—who is the promoter of record for Bryan—has already offered his first stall tactic. With his bid came a filed petition for the purse split to change from 75/25 in Charr’s favor to 55/45 in hopes of getting his client a bigger payday.

Given the length of time it has taken to reach this point, it could prove to be a losing battle.

The WBA ordered a purse bid due to the length of time in which Charr and Bryan have been out of the ring. The simpler move would have been to remove the titles they never should have been awarded to begin with, but both have been able to keep their trinkets for reasons that continue to go unexplained by the sanctioning body.

Charr (31-4, 17KOs), a 34-year old Syrian heavyweight based out of Germany, has been out of the ring since a 12-round win over Alexander Ustinov to claim the WBA “Regular” title back in November 2017. Several efforts to defend versus Fres Oquendo fell through over a variety of issues, with the fight scrapped altogether.

Only slightly less inactive is Bryan, an unbeaten 30-year old heavyweight who is promoted by King. An interim title was at stake in his last bout, a 4th round knockout of BJ Flores in their August 2018 encounter. The Schenectady, New York native has been waiting for an upgrade—and a fight—ever since, with a proposed bout versus Charr having been declared as a done deal on a number of occasions, only for the fight to have never materialized.

The real version of the WBA title  is back in the possession of Anthony Joshua (23-1, 21KOs), who regained his slew of belts following a 12-round win over Andy Ruiz in their rematch last December in Riyadh, Saudi Arabia. The bout marked the fourth time that the WBA “Super” heavyweight championship was at stake in the time since Charr inherited his “Regular” version of the title.

The WBA “Super” title has also been on the line three times since Bryan was named “Interim” titlist. Included among that run is Joshua’s 7th round knockout of Alexander Povektkin in a September 2018 clash which served as a satisfied mandatory title defense in the eyes of the WBA (as well as the World Boxing Organization).

Joshua has since lost the titles to Ruiz in a 7th round stoppage last June in New York City and regained the titles with a win over Ruiz in their aforementioned rematch. The two-tour champ from England will next honor his mandatory title defense obligations with the International Boxing Federation (IBF), as he faces Bulgaria’s Kubrat Pulev (28-1, 14KOs) on June 20 in Tottenham, England.

In the event that the terms of the purse bid are honored, an official mandatory challenger should be established by the time of Joshua’s next title defense.

A win in court for Trout » Albuquerque Journal

A look back at the top sports stories in northern New...

How As i Cope with This Sadness Mascara & Grace