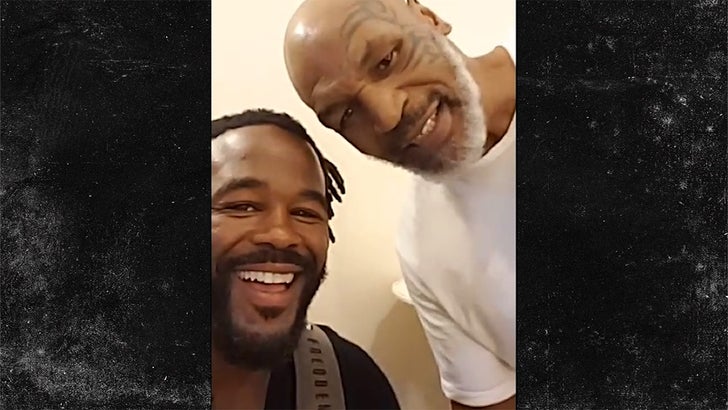 Mike Tyson was the youngest heavyweight champion ever … but there’s another champion he could’ve been … UFC champion, so says MMA legend Rashad Evans.

Mike and Rashad are buddies and business partners — remember Tyson recently hooked Evans up with boxing pointers on the sideline of an NFL game — so when we talked to “Suga,” we asked how Iron Mike would’ve fared in the Octagon. 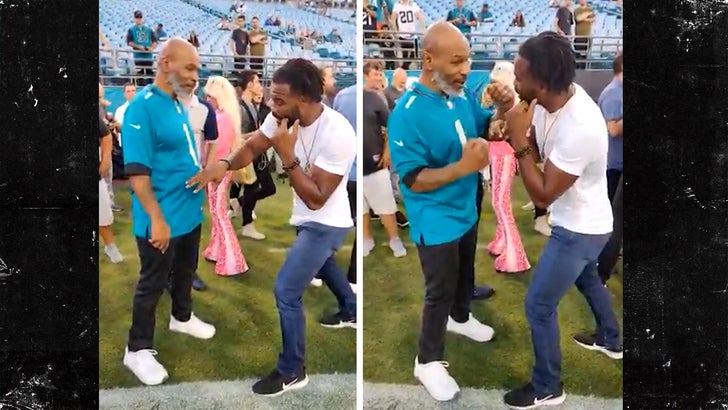 “He could’ve been amazing, because every single time he lowers his level in a crouch situation, that could’ve been him faking for a shot and doing a level change, or doing a shot. So, he would’ve thrown the person off not knowing if he was going for a shot or go for a punch.”

“You know when Tyson came up from that crouch position. He was coming up with those hands and that left hook, overhand right. It would’ve been lights out.”

“Oh yeah, for sure. For sure. At a young age too. That’s the thing, Mike Tyson’s a sponge. That’s one thing I learned about Mike, Mike knows everything. Mike’s gonna study everything. There’s no doubt in my mind, he would’ve been proficient in almost every aspect of the sport just because that’s the way his mind works.”

FYI, Rashad — who was retired — just secured his release from the UFC … and is now available to sign with other promotions. We’re told he’s looking to take a fight in the near future.

So, the former light heavyweight champ’s back … but now he’s got some schooling from Mike Tyson.

How UFC 100 loss to Dan Henderson changed everything

Ritu aims to continue winning streak at ONE C”ship

Luke Perry’s son reveals the one wrestler who left his dad...