Where can I stream UFC 250? BT Sport subscribers can stream the fight online via the BT Sport website

For viewers in the United States, the event will be shown live on ESPN+ which can you sign up to here! 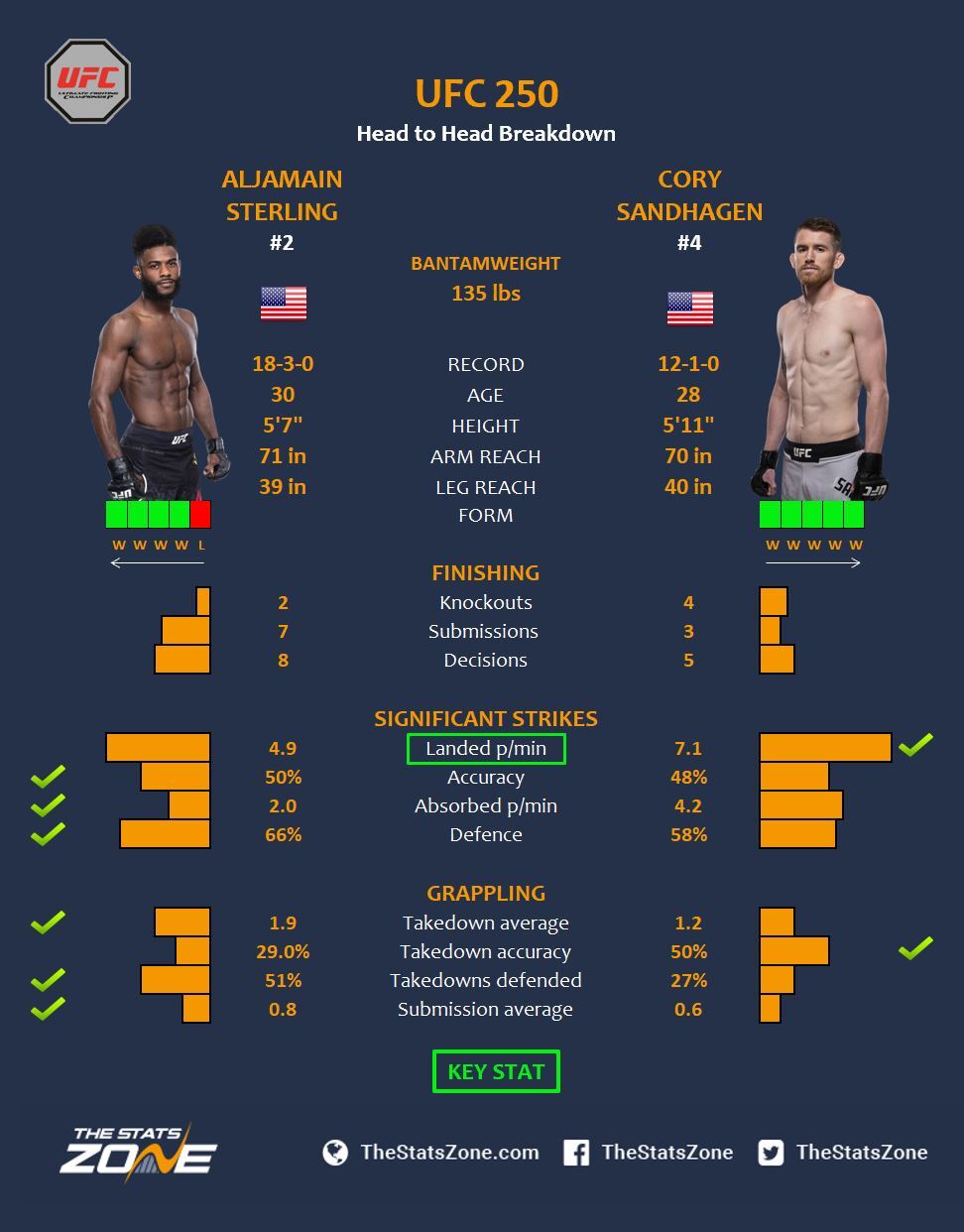 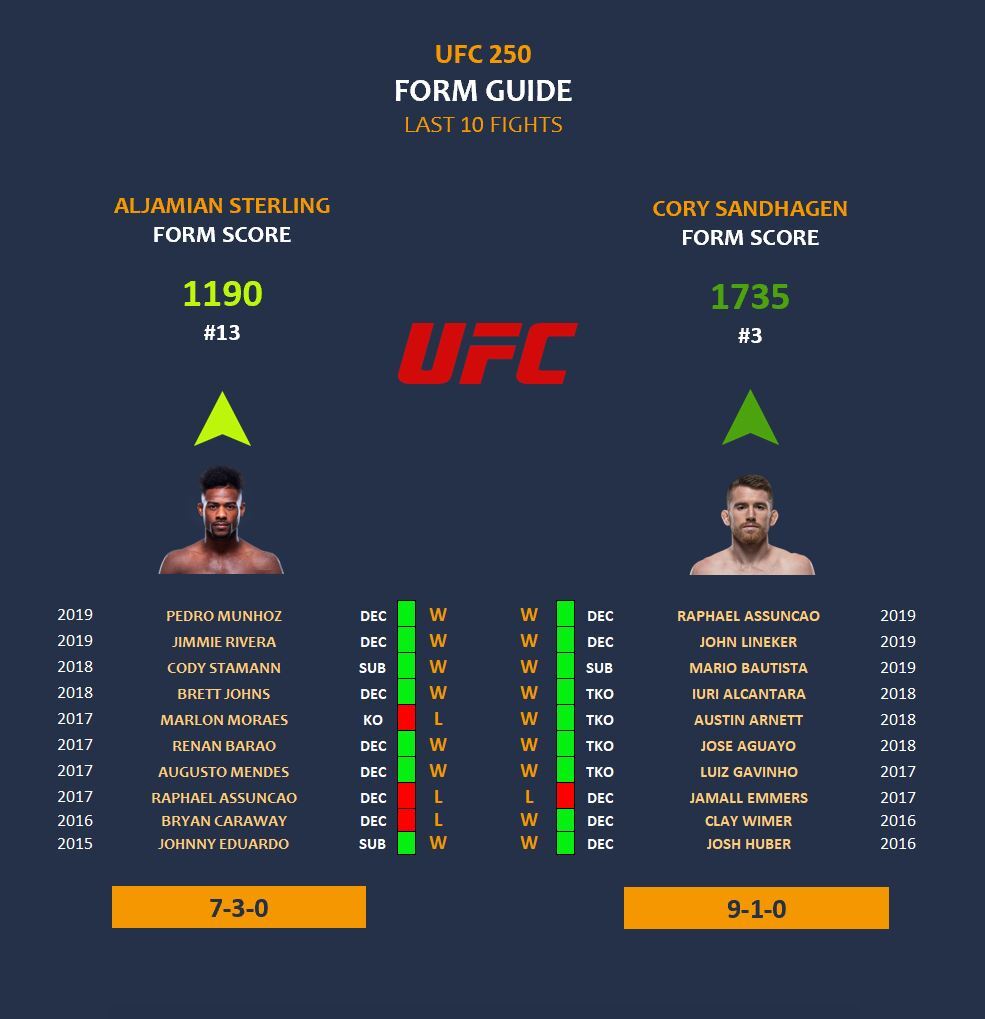 Two young guns in the form of Aljamain Sterling and Cory Sandhagen aim for the vacant bantamweight title left by Henry Cejudo with the victor potentially getting a shot at the belt.

After that demonic knee by Marlon Moraes that left Sterling stiff as a board back in December 2017, the ‘Funk Master’ has compiled four impressive wins. He replied with a decision over Brett Johns and then went on to submit Cody Stamann with a rare and spectacular Suloev stretch. Sterling added two more big names – Jimmie Rivera and Pedro Munhoz – to put him on course for a title shot.

Sandhagen has quietly gone about business while climbing the stacked division. He has won all five of his UFC fights and looks better with each one. He knocked out Austin Arnett and Iuri Alacantara in his first two outings and then went on to submit Mario Bautista. He is now coming off two decisions but his two biggest wins – John Lineker and Raphael Assuncao.

We are in for a treat here as these two guys have all the skills and are at the top of their game but they could approach this more cautiously than usual considering what is at stake.

We are well aware of Sterling’s ground skills but Sandhagen is also slick on the mat and just ask Alacantara how hard it is to submit him. Sterling is likely to mix up strikes with his wrestling but will have to be careful with his level changes considering Sandhagen’s flying knee, although he will have learned after eating Moraes’ knee which he has only just digested.

This is likely to be decided on the feet and Sandhagen’s movement and output will be crucial. This is bound to be a close fight with an array of skill on show. Both men can finish, but their defence should create a decision.

nomad - May 28, 2020
0
Lbs Loss That satisfied timeframe of the year will likely be merely on the subject of to arrive together with many from the both males...

Latin America, like China before it, is becoming an untapped MMA...

This Boxing Legend’s Self-Defense Class Will Teach You How to Fight...

Crazy DIABETES not to mention mane Cut down Correlated Articles