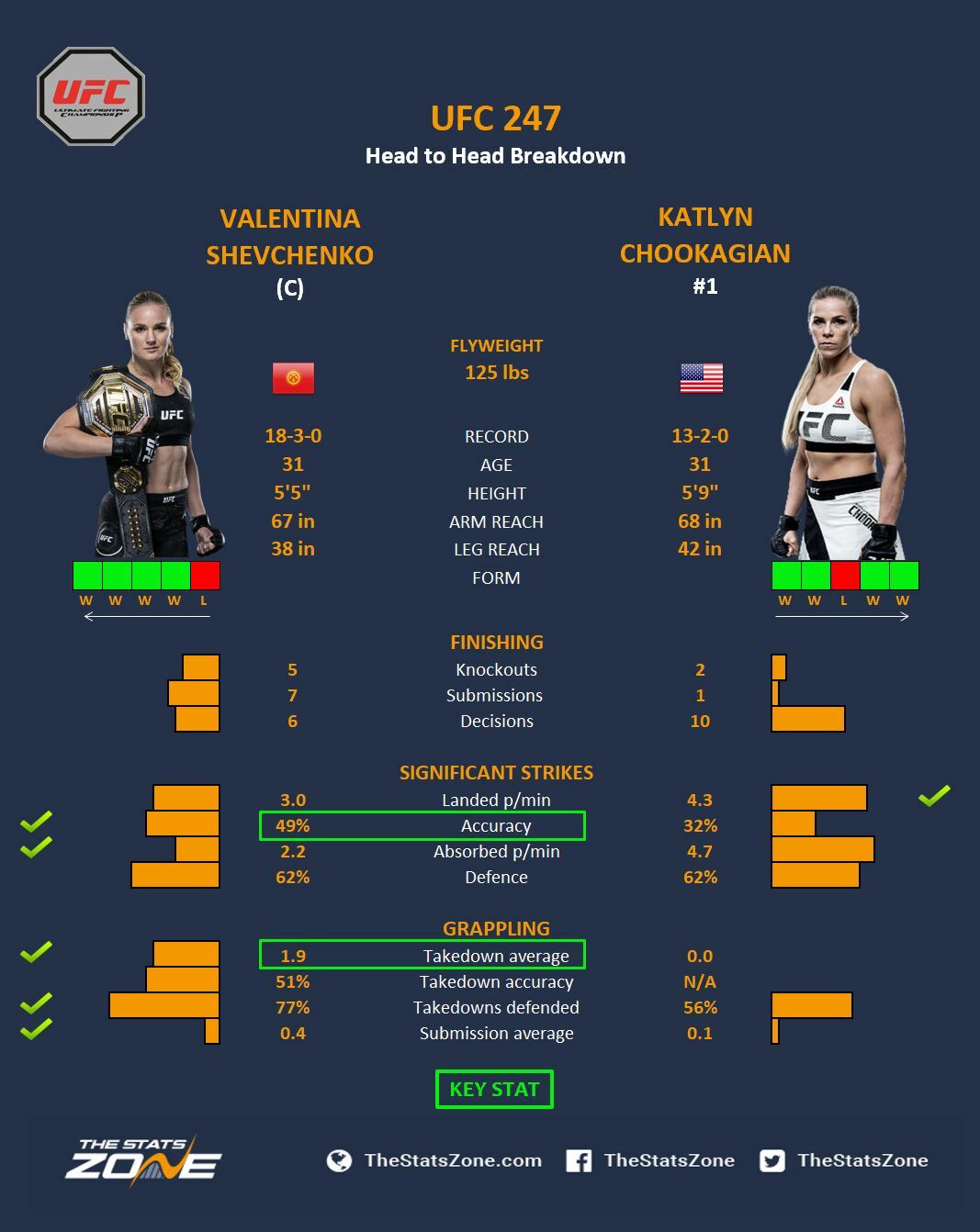 Shevchenko is up there with Amanda Nunes as one of the best female fighters ever and is in a league of her own in the flyweight division. After battling it out with bantamweights and only (narrowly) losing to Nunes she, has eased her way to 4-0 at flyweight making two defences of her crown. After earning a decision over Joanna Jedrzejczyk, she went on to clean Jessica Eye’s clock with a merciless head kick and is coming off a dominant decision over Liz Carmouche.

Worthy challengers are in short supply but Chookagian has earned her shot after two decision wins over Joanne Calderwood and Jennifer Maia. This was after losing a very tight decision to Jessica Eye which snapped a three-fight winning streak.

Chookagian is a very skilled fighter and continues to improve. She is a strong grappler and brown belt in Brazilian jiu-jitsu but has got her work done on the feet. She is a quality striker but lacks knockout power – with all her wins in the UFC coming via decision.

However, Shevchenko is simply better everywhere. She has immaculate technique on the feet and on the ground and despite the height and reach advantage, she is more powerful than Chookagian. Shevchenko is expected to control the fight and is capable of a finish wherever she decides to take it.

nomad - February 25, 2020
0
Foothill sent nine wrestlers to the North Coast Section meet last Friday and Saturday and finished with one of the group advancing to the...

Journalist takes on ‘The Jeneral’ in Fight for Change | New...

The 6 Best Muay Thai Fighters in the UFC