The Australian boxing star, 25, was practicing for his upcoming match with an exercise that saw him catching coins flicked in the air.

The video from his Monday training session with Igor Goloubev showed four coins being thrown up off a round board and Tszyu quickly snatching all of them. 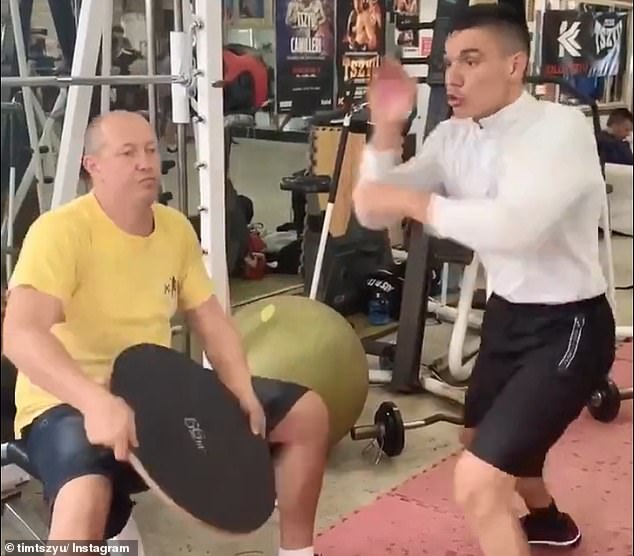 This reflex drill was part of his preparation to defend his IBF Australasian Super Welterweight title against Jack Brubaker on Friday.

He jumped to No. 7 in the IBF rankings and said he wanted to go from Australian top dog to global number one next year.

‘It’s been quite a successful year getting to that number one stage in Australia. In 2020, I want to be number one on the world stage,’ he said to AAP.

On the upcoming fight with his fellow Sydneysider, Tszyu said, ‘He’s very cocky, he lives in his own little dream world … he’s going to face reality on December 6.’

Brubaker also spoke to AAP and responded to the comments, ‘Tim can say all he wants in his monotone quite boring personality.’

‘I believe I’m going to win this fight and I believe I can stop Timmy. Timmy has the weight of the world on his shoulders, he has that last name,’ he said. 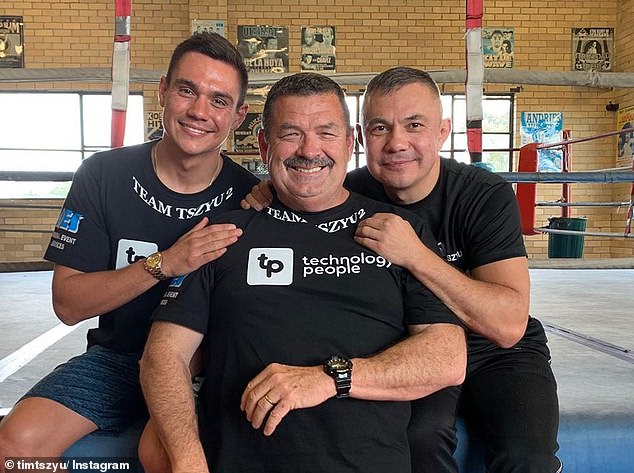 Boxing and yoga workout studio takes classes outside in Birmingham

Martial arts ONE Championship returns to HCMC early next year

Video Throwback: Israel Adesanya Gets a First Round Win in a...

Free about payment Colorado holdem Little Down load Not any Registration