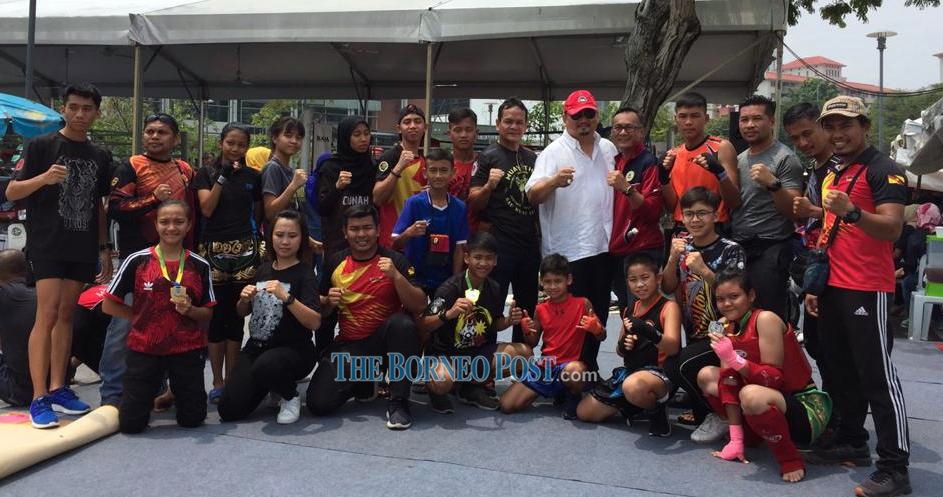 The 14-member Sarawak Muaythai Development team brought home seven gold, two silver and four bronze medals from the tournament, held as one of the programmes run throughout the ongoing National Sports Month 2019. 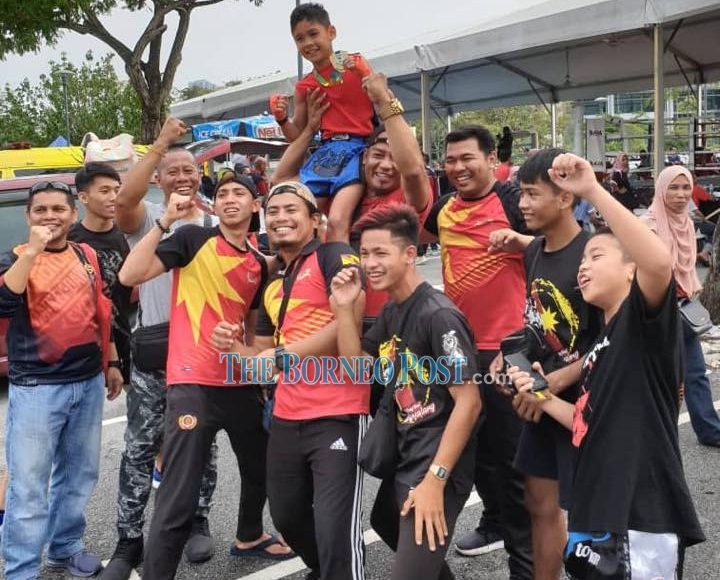 Mikail being lifted up by his supporters from SS Fighters as they celebrate his gold-medal feat.

Matthews Hii Zhen Cheng from Miri, however, could only make it to the quarter-finals of the Boys Age 14-15/51kg category. 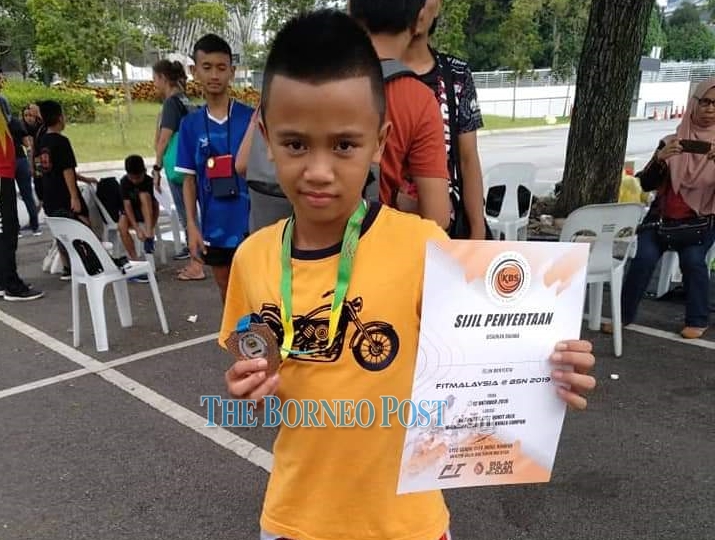 When contacted, Sarawak Muaythai Association president Jumaat Ibrahim expressed his pride over his charges’ achievement at the Bukit Jalil outing.

“Our appreciation to Sarawak State Sports Council director Dr Ong Kong Swee, who is also in charge of Sarawak Sports Corporation, for his guidance and leadership in Sarawak Muaythai Development Programme.

“Our gratitude also goes to Sarawak Education Department, the coaches, as well as the participating schools and muaythai clubs.

“All of you have been greatly contributing to the development of muaythai in Sarawak,” he said.

nomad - May 22, 2020
0
Male and female student-athletes that lead by example on the field of play and in the classroom can be honored as Chicken Express community...

40 SEAG medalists from CAR to get cash bonus

Exercise key for many of top franchise businesses

The Great Khali: On His Birthday, Facts about the Mammoth Wrestler