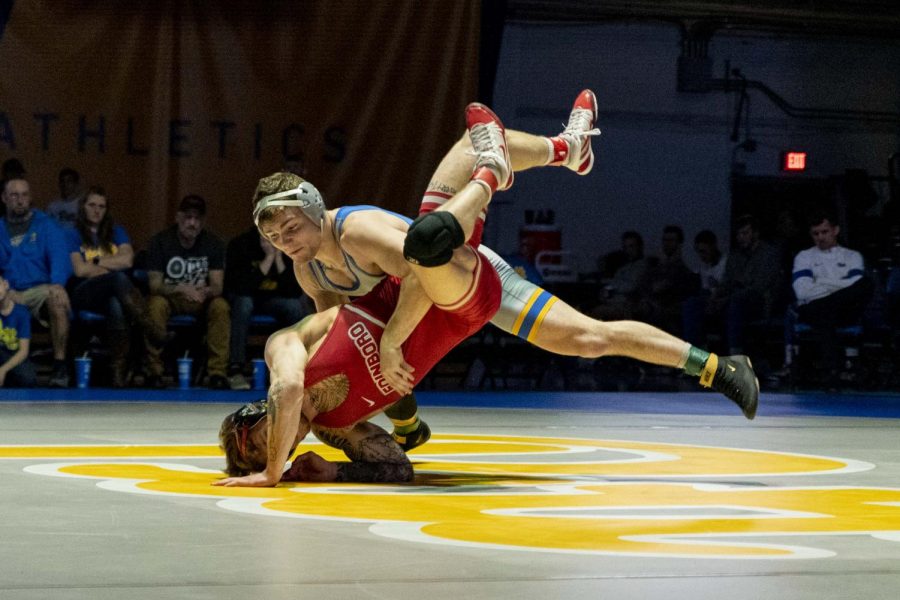 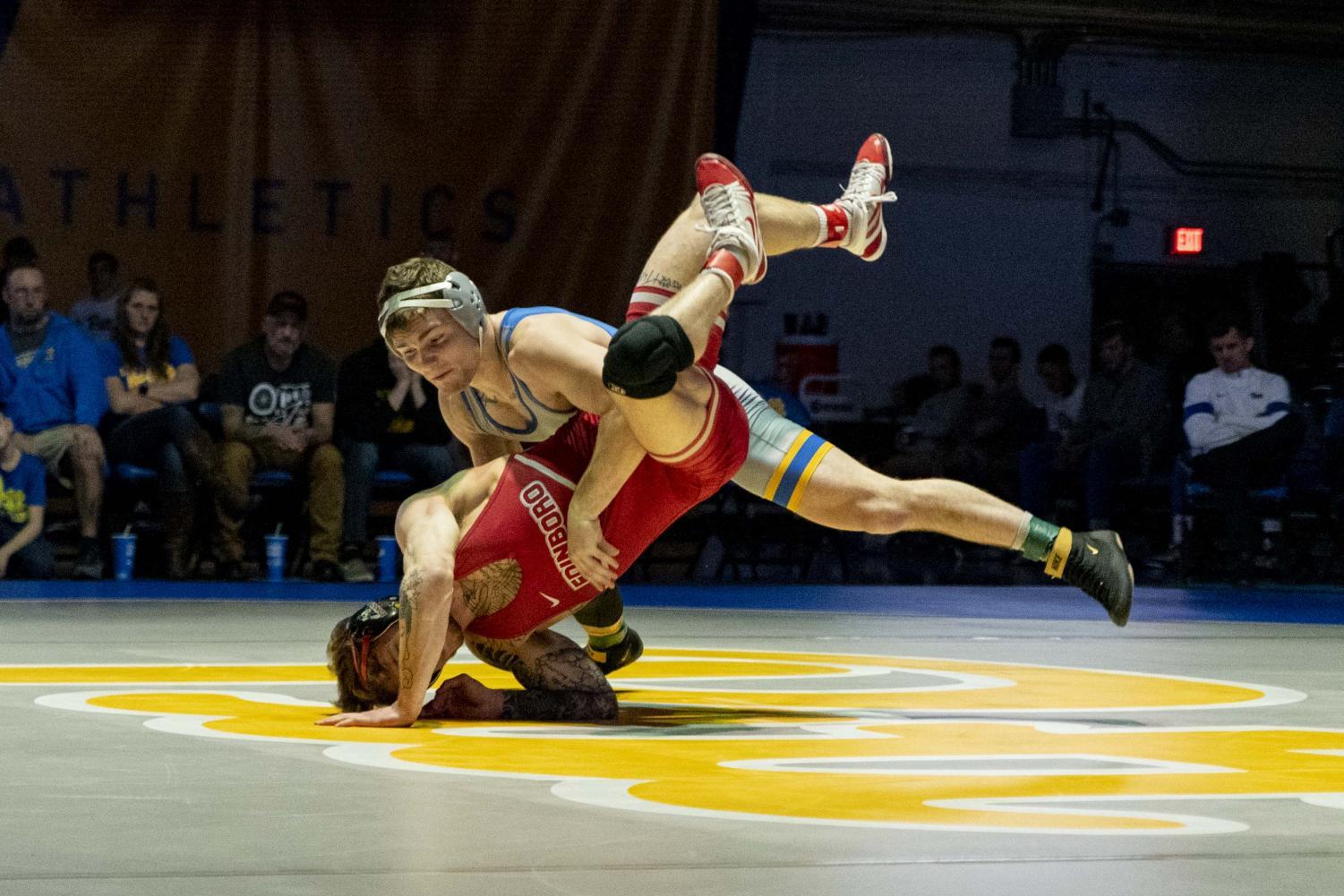 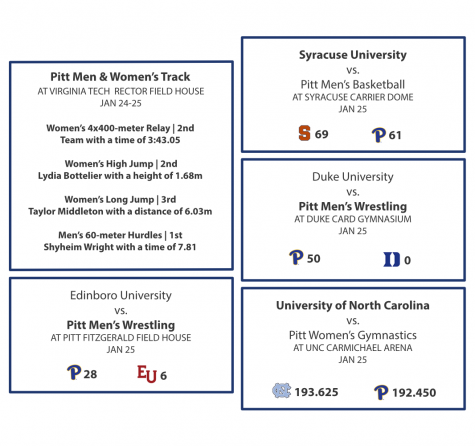 The weekend in Pitt sports was highlighted by the No. 10 wrestling team bouncing back in a big way after a tough loss against Oklahoma State on Saturday, Jan. 18. The swim and dive team excelled too — along with Senior Day festivities, they dominated other universities in the area in the Western PA Invitational at Trees Pool.

The wrestling team took care of business on Saturday, Jan. 25, sweeping the 0-11 Duke Blue Devils 50-0. Duke was forced to forfeit three weight classes, spotting the Panthers an 18-point lead. In a contest rife with them, redshirt senior Kellan Stout had one of the best individual performances, earning a major decision on the strength of his 14-0 shut-out. The Blue Devils were Pitt’s first ACC opponent of the season.

The Panthers had no time to rest on their laurels, however, immediately traveling back to Pittsburgh for a home match against the Division 2 Edinboro Fighting Scots on Sunday, Jan. 26. Senior heavyweight Demetrius Thomas, who was given the day off against Duke, came out strong with a 3-0 decision to seal the match, 28-6, for Pitt.

Up next for the Panthers is another top-10 matchup, at home against the No. 5 NC State Wolfpack. They are now 7-2 on the season and 1-0 in ACC play.

Both the men’s and women’s squads went out with a bang on Senior Night, collecting 31 gold medals between them — the only event that didn’t see a Panther in first place was the women’s 1,000-yard freestyle. First-year Wojciech Dutkowiak showcased his endurance in the meet, winning both the 500- (4:29.66) and 1,000-yard (9:31.34) freestyles.

The Panthers will host the Ohio State Buckeyes on Friday, Jan. 31, in their next contest.

Despite facing deficits of 16 and 20 points on the road against Syracuse, Pitt’s basketball team again showed the resilience that has been its calling card this season. The Orange’s zone defense tormented the Panthers, as sophomore guard Xavier Johnson shot 3-13 and the team shot 38.9% from the field. Early foul trouble for first-year Justin Champagnie changed Pitt’s offense for the worse, and although they were able to cut the lead to three with less than two minutes to play, the Orange went on a clutch scoring run to seal the victory, 69-61.

Keeping with what has been a theme this season, the gymnastics team again lost a tight competition, this time in a dual meet in Chapel Hill against the Tar Heels. The Panthers won the first two events, led by seniors Michaela Burton (bars, 9.850) and Alecia Petrikis (vault, 9.850). They fell short in floor and beam, however, surrendering the lead to UNC, which hung on for the win, 193.625-192.450.

Pitt is now 0-3 on the season and 0-2 in conference play, but will have a chance to improve on both those records in a quad meet hosted by the George Washington Colonials on Friday, Jan. 31.

For the second straight weekend, the track and field team traveled to Blacksburg for an invitational hosted by the Virginia Tech Hokies. Senior Shyheim Wright continued his dominant campaign, earning the gold in the 60-meter hurdles (7.81s). On the women’s side, sophomore Eddita Pessima excelled in the same event, coming in fifth place (8.37s). Wright and Pessima’s times were good for fourth and third on Pitt’s all time list, respectively.

The Panthers will continue their stretch of road meets, traveling to Happy Valley to take on the Nittany Lions (among others) at the Penn State National Open between Friday, Jan. 31 and Saturday, Feb. 1.

Pitt dropped their 12th straight game in blowout fashion to No. 5 Louisville on Sunday, 83-49.

From wrestling royalty to MMA for India’s Ritu Phogat – Sports

Can brain injury from boxing, MMA be measured?