Meghan Markle’s brother was in Philadelphia for the traditional pre-fight face-off ahead of the upcoming fight scheduled in Atlantic City next month.

And as the two unlikely heavyweight boxers did the stare down fiery Nacho landed the first blow, telling Markle: ‘The Royal family just called, they told me to knock you the f**k out.’

Nacho, a close friend of Hollywood actor Mark Wahlberg who appeared in reality show Wahlbergers, will go by ‘Nacho Extreme’ for the match, while Markle – the scandal hit half-brother of the Duchess of Sussex – is called ‘The Duke’ in a nod to his royal brother-in-law Harry.

Markle, 52, who flew in from his home in Grants Pass, Oregon, told DailyMailTV in an exclusive interview: ‘I feel good, I’m really excited, this is a really good opportunity, really nice to get back in the ring, in the gym again, it’s been quite a while for me, so it’s been a really good experience so far.’ 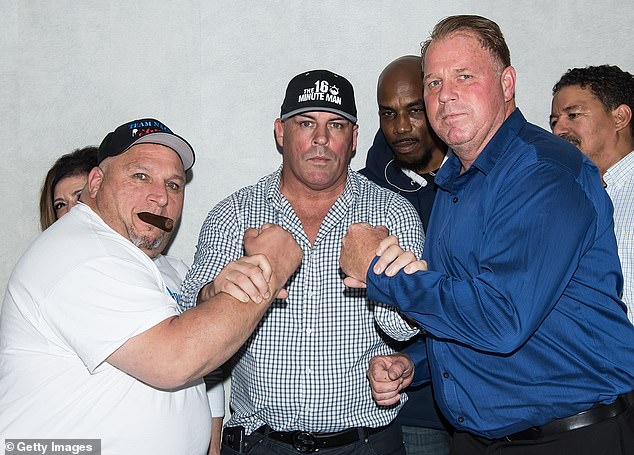 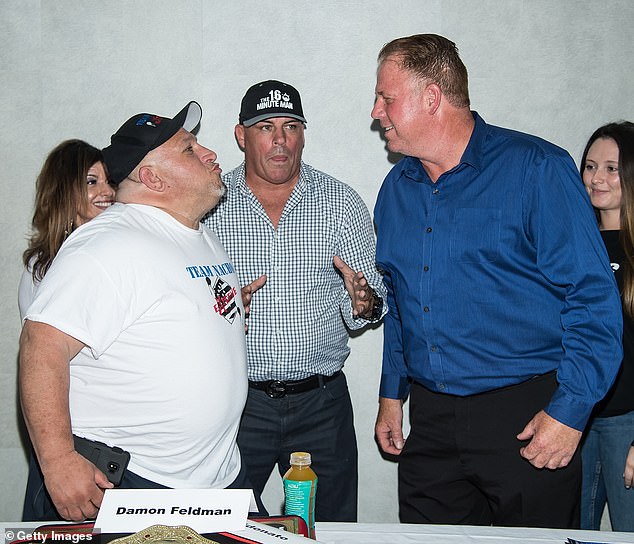 Luan talked tough during the face-off, telling Markle: ‘The Royal family just called, they told me to knock you the f**k out’ 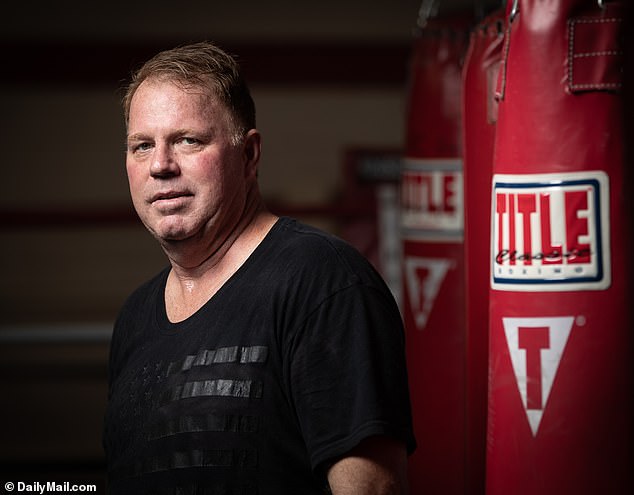 ‘The Duke’ will take on ‘Nacho Extreme’ in the celebrity boxing match in Atlantic City, New Jersey, on June 8

THE TALE OF THE TAPE

TRAINING:  Road work and moving furniture into his new place

Before Wednesday night’s press conference, Markle invited DailyMailTV to a training session at a boxing gym in Philly.

Our cameras watched as Markle was put through his paces by three time world Muay Thai champion Heath ‘The Cowboy’ Harris at Cowboys International Fitness Centers in Broomall. 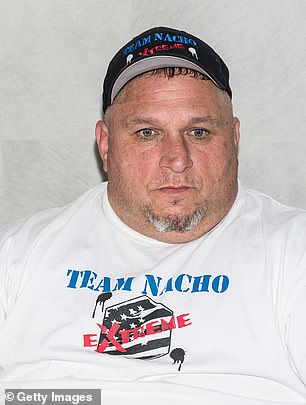 Sweating after the grueling workout, he said: ‘The session was great, I was taught some really nice pointers by a world champion, a few times over, which was really nice and I think we’re gonna do really good, I’m looking forward to it.

‘I don’t have any boxing experience whatsoever, I’ve played in the ring a few times with martial arts, but it’s gonna be fun.’

Window fitter Markle is staying coy about his chances of winning, saying he wants to wait until fight night, but think’s he’s going to do ‘pretty well’.

While in Philly, Markle ran the famous ‘Rocky Steps’ which lead to the east entrance of the Philadelphia Museum of Art.

The steps got their name as a result of a scene from hit 1976 movie Rocky in which the fighter, played by Sylvester Stallone, runs to the top and raises his arms in the air.

And Markle couldn’t resist doing his own recreation of the scene, which has become a cultural icon, punching the air in jubilation as he reached the top.

During the press conference fans of Markle cheered and shouted ‘The Duke’ and posed for photos with him at the end.

Boxing trainer Harris, who will be working Markle’s corner for the June 8 bout, said Markle ‘surprised’ him in the gym.

‘I didn’t believe how hard he can hit, good technique, I think the martial arts background he had came out in his boxing workout today,’ he said.

Markle, who was born in Pennsylvania, and Nacho from Boston, Massachusetts, appeared at the packed out press conference held at Chima Steakhouse, a Brazilian eatery in downtown Philadelphia, to promote the fight.

Also boxing on their card at the Showboat Hotel in Atlantic City is Mob Wives star Natalie DiDonato who will take on Q102 radio host Rach on the Radio, among other celebrities. 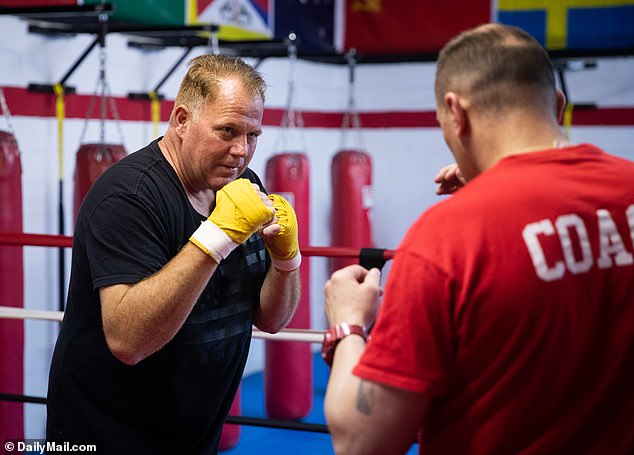 Markle invited DailyMailTV to a training session at a boxing gym in Philadelphia where he was taken through shadow boxing drills, bag work, speed ball and jump rope by his sparring coach 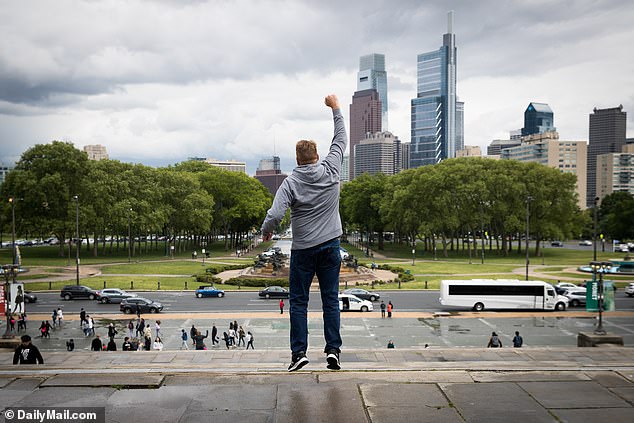 The 52-year-old ran the iconic ‘Rocky Steps’ from the 1976 film Rocky, which lead to the east entrance of the Philadelphia Museum of Art 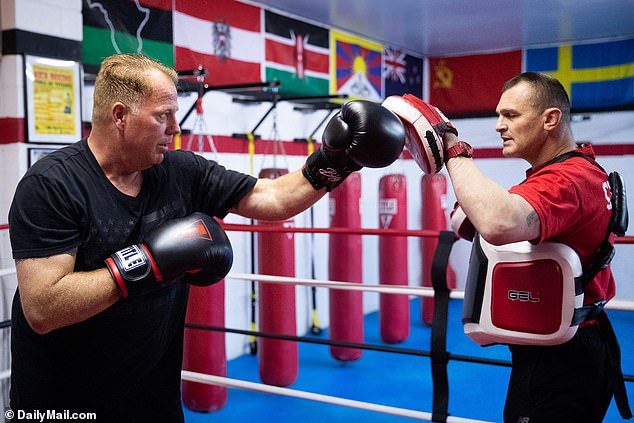 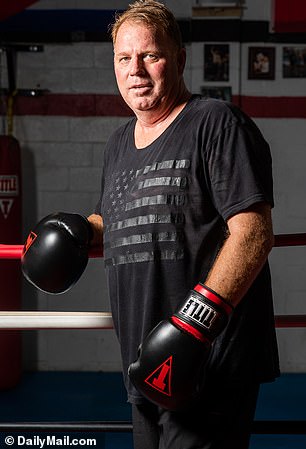 Nacho took a swipe at Markle by saying he has ’embarrassed’ the royal family who want revenge.

He said: ‘The royal family just called and they want me to knock you the f**k out.’

Markle ducked the trash talk but told DailyMailTV he hopes the glitzy event will help turn around his bad rep.

‘It’s good as far as this event goes, it sets me aside from all the bad tabloid issues, makes me look like more of a legitimate guy and makes me a little more proud to say Meghan’s my sister.

‘I am here, we have a whole family here, so maybe I’ll dedicate this fight to Meghan Markle and little baby Archie, let everybody know the Markles are here, so when I win this fight everyone will know.’

He told DailyMailTV: ‘It’s just an amazing match how it lined up. I got an email from Tom, he wanted to step in the ring, I reached out to Nacho, I thought he’d be the perfect opponent.

‘I think we’re gonna see some fireworks, these guys have big followings and they can’t lose and I think they’re gonna go at it and try to take each other’s head off.’

Feldman said Markle looked good in training and said he thinks he’s going to ‘step up’ to the event.

The fight has been brought forward three weeks due to scheduling issues and reality TV star Dean McDermott had been lined up to referee the match but pulled out when the bout was switched from LA to the east coast. 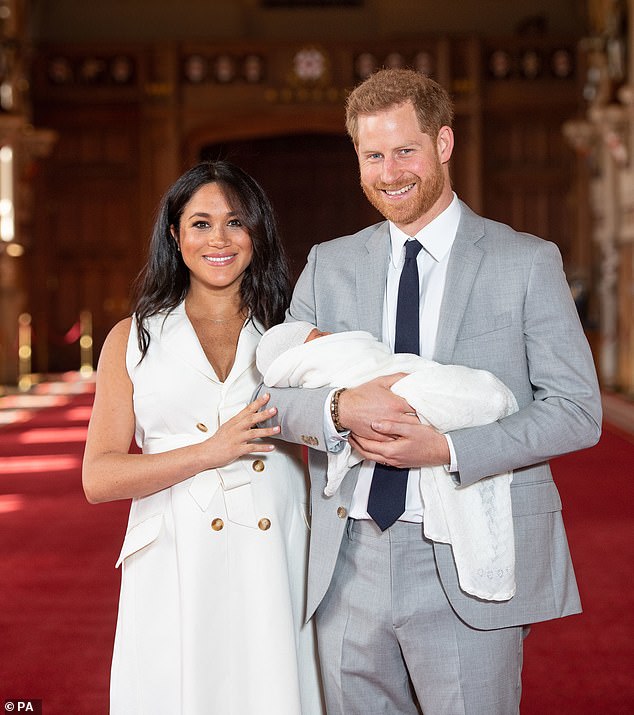 ‘I’m dedicating this fight to Meghan and little baby Archie,’ Markle Jr told DailyMailTV ahead of next month’s fight 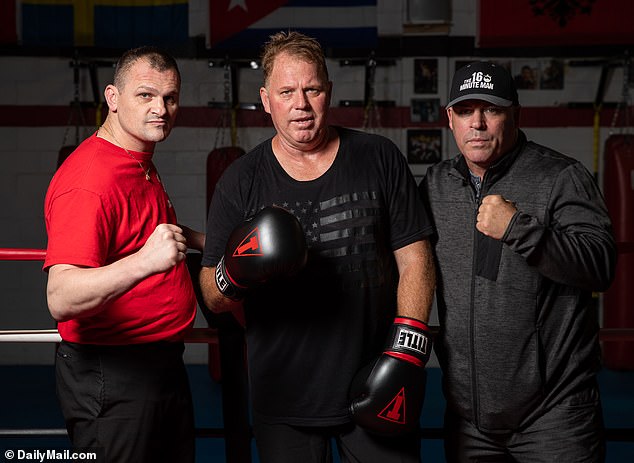 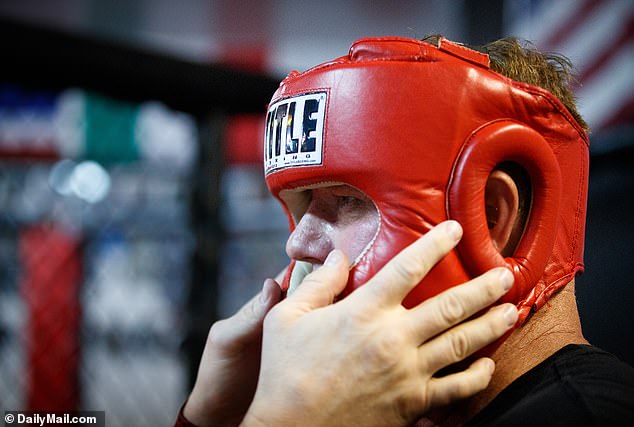 Markle said this fight ‘sets me aside from all the bad tabloid issues, makes me look like more of a legitimate guy and makes me a little more proud to say Meghan’s my sister’

Nacho, 54, previously told DailyMailTV the fight will be a ‘slug fest’.

‘I’m down for a good time, any time. I don’t have a fighting style, I just roll with the punches, one step at a time,’ he said.

‘It could be a slug fest, if they wanna bust out the ten ounce gloves fine, the 16, no problem. I’ll go mano a mano, old school, I’ll go bare-knuckle too if I have to – that’s why they call me the EXTREME.’

Nacho says he is being trained by former champion boxer Joey ‘D Train’ Degrandis in Boston.

And getting tips from former champ ‘Irish’ Micky Ward.

Nacho first met Wahlberg in mid-1980s Massachusetts, when the Hollywood star picked a fight with him.

Despite their pugilistic encounter, the two became firm friends and Nacho is now part of the actor’s real-life entourage, often acting as a driver or bouncer for Wahlberg. 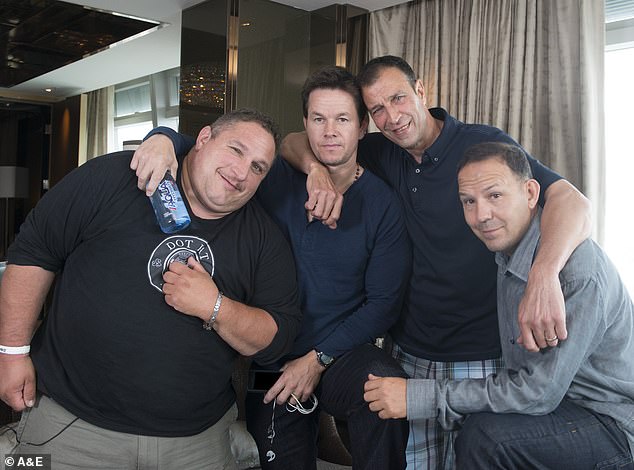 The 265lbs man has the weight advantage over Markle, who weighs 250lbs, but is almost 7ins shorter at 5ft 8ins.

Celebrity Boxing is a competition where two celebrities or people in the media are pitted against each other in the ring to raise money for charity.

The fights are three two-minute rounds and come under celebrity boxing rules.

Philadelphia based boxing promoter Feldman is known as the ’16 minute man’ for giving celebs their 16th minute of fame in the boxing ring.

Feldman, a former undefeated professional boxer, dubbed the Jewish Rocky, is also producing a movie about his colorful life coming in 2020.

The fight will be held at the Showboat Hotel in Atlantic City, New Jersey on June 8 and is sponsored by Rocco’s Collision, Classic New York Beer and The 1 Wine.

Educational essay companies that are writing proposals to break straight ...

What are the results If We Can’t Pay a quick payday...

Predicting every UFC champion at the end of 2020

Things You Have To Know About Your Credit Card