Kieran Smith is well aware that he has a tough task ahead of him against Ivan Montero – but plans on producing a performance that makes everyone stand up and take notice when they meet at #MTKFightNight on June 22.

Unbeaten Smith (14-0, 7 KOs) defends his WBC International Silver super-welterweight against Montero on a packed bill at the Emirates Arena in Glasgow, live on ESPN+ in association with Top Rank and also live on iFL TV.

A victory for Smith can lead to big things later this year, and ‘Chopper’ is ready to take full advantage of the opportunity to showcase his skills on a huge stage.

Smith said: “Montero has only been beaten by guys that have pushed onto the top level and been world title challengers. I feel a win over him on June 22 will move me forward as it will be a big name on my record.

“The fight is on ESPN+ in America too so it’s a massive platform to get my name out there and gives me an opportunity that I’ve not had before.

“I think a win in this fight fires me right up there and I’ll be looking for a massive fight after this, but first and foremost I have this fight with Montero and I’m fully focused on that.”

World-ranked Michael McKinson has laid down an open invitation to all welterweights to challenge him.

‘The Problem’ (16-0, 2 KOs) is ranked by both the WBC and the WBO and as he prepares to shine again on the #MTKFightNight in Brentwood on July 20 – live on ESPN+ in association with Top Rank, is calling for a genuine test of his talent.

McKinson said: “These welterweights know who I am but they don’t want to mention my name so here’s a message for them: I’m not here to play games. Let’s have it.

“I’m ready for all of them. They don’t call me ‘The Problem’ for no reason. I humiliate fighters and they all have a good, good chance of losing against me so I understand why they hide from me.

“I believe I’m one of the most underrated fighters out there. I’ve had four title fights in which I was doubted and expected to lose. I beat them and not only beat them but beat them in style.

“I deserve more recognition at this stage of my career. I’m hunting for big names now so I’ll jump at the opportunity to fight anyone worth my while. I’d love to fight Conor Benn but I know he doesn’t want it.

“I’m ranked by the WBC and the WBO and if it means I have to fight foreign fighters because nobody in the UK will step up, I’ll go whatever route pushes my rankings up.”

McKinson was last seen defending his WBC Int. Silver title with a classy and clinical victory over the heavy-handed Ryan Kelly. 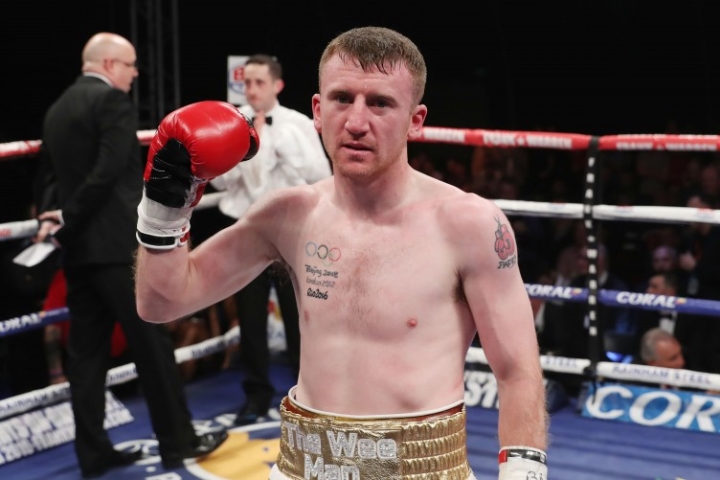 Local favourites Paddy Barnes and Sean McComb will star on the Michael Conlan vs. Vladimir Nikitin card at Féile an Phobail in Belfast on August 3.

MTK Global Professional Development Coordinator Jamie Conlan said: “This event just got even bigger with the additions of two more of Belfast’s classiest and most popular boxers in Paddy and Sean.

“Very few fighters challenge for a world title in their sixth professional fight but Paddy has never been one to shy away. Having won two Olympic medals as an amateur, he now has a big stage on which to relaunch his second assault on the summit of professional boxing.

“Sean, meanwhile, has been widely tipped by experts as one of the hottest prospects in the game. He achieved big things as an amateur as well and although he’s already fought at Windsor Park and at Boston’s TD Garden, fighting at Féile will be extra special for him too.”

“Paddy Barnes is a fantastic fighter and a great ambassador for boxing, who has excelled and achieved highly in the sport over many years.

“Seán McComb lives right beside the Falls Park Féile venue so this fight is literally in his back yard! An avid Gaelgeoir, he is an immensely popular, talented boxer with a great future ahead of him.

“The reception for Paddy and Seán in the Falls Park will be huge and we can not wait.”

The headline act on the night sees Conlan (11-0, 6 KOs) seek to resolve his long-running issue with Nikitin (3-0) after the Russian was awarded a highly controversial decision when the pair met at the 2016 Olympic Games in Rio.

Tyrone McKenna sees no way for Darragh Foley can beat him to the WBC International title when the pair collide on Belfast’s #MTKFightNight on June 21.

‘The Mighty Celt’ (18-1-1, 6 KOs) collides with ‘Super’ Foley (17-3-1, 9 KOs) in the iconic surroundings of Ulster next Friday with the super-lightweight ranking title up for grabs.

As they prepare to do battle over a scheduled 10 rounds live on ESPN+ in association with Top Rank and also on iFL TV, McKenna is brimming with confidence.

McKenna said: “I can box, I can go to war. I can do a bit of both – I don’t mind. Everybody knows I love to fight and get dragged into the trenches. I’m there for the trenches.

“I’ve been in the gym with Danny Vaughan practicing getting back to my boxing. We’ve been working on moving and defence and that’s what I’ll try and do on the night.

“Who knows what’ll happen on the night because the crowd always plays into things so I might end up going to war after all!

“Even if I do go for a war, I’m still going to win. I believe I’m better than him in every single department and regardless of what happens tactically, I’ll get my hands on that belt.”

McKenna was last in action outclassing Oscar Amador at the same venue, while Foley blasted Rusmin Kie Raha aside inside four rounds over in Australia.

A fantastic bill also includes the WBO European light-heavyweight title clash between former sparring partners Steven Ward and Liam Conroy, an intriguing welterweight match-up between Paddy Gallagher and Liam Wells plus the likes of Lewis Crocker, Taylor McGoldrick and more on the undercard.

African Karate Championships in Botswana set to attract entrants from 35...

Just How To Repair World of Online Gaming

“The Farewell” and “The Art of Self-Defense,” Reviewed – The New...