The 19-year-old pugilist, who was making her debut at the Worlds, went down to local favourite, Russia’s Ekaterina Paltceva in the light-flyweight category (48kg). “It was a massive learning curve for me. Since the day I joined the national camp, my life has changed completely. It was a dream to watch my idol Mary Kom from close quarters,” Manju told TOI from Ulan-Ude.

Commenting on her bout, Manju said: “Yes, I am a bit disappointed. After my performance against the North Korean boxer (Asian silver medallist Hyang Mi Kim), everyone thought that I was going to win the gold. But that’s sports, I will be better prepared next time.”

“What I have learnt during this World Championships is that I need to work on my defence also. Even Mary Di told me after the final that sometimes defence is your biggest weapon in the ring. I want to become a complete boxer just like Mary Kom,” she added. Manju was the only Indian to reach the final this year, but the country had its best-ever overseas show as the pugilists equalled last year’s haul of four medals. 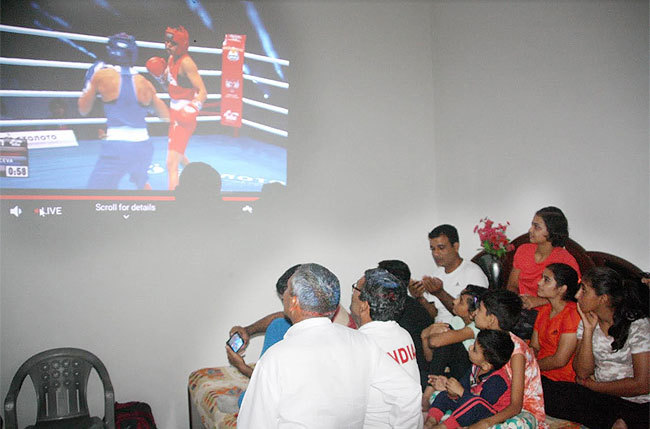 Manju’s family members and other acquaintances watch her final match at the house of her coach and mentor Sahab Singh in Rohtak on Sunday. (TOI Photo)

Mary Kom (51kg) had earlier won an unprecedented eighth medal to add to her glittering resume of six gold and one silver in the tournament. The Manipuri legend became the only boxer, male or female, to win eight medals from the championships. Assam girls, Lovlina Borgohain (69kg) and Jamuna Boro (54kg), also added to India’s medal tally – Borgohain repeated her last year’s feat to win a bronze and Boro too picked a bronze in her debut at the championships.

Manju, who has battled abject poverty, has had a fabulous 10 months during which she went from winning the National gold to the silver on Sunday. A silver at the 70th Strandja Memorial Boxing Tournament in Sofia, Bulgaria, in her maiden international outing, was another feather in her cap. Manju’s mother Ishwanti with her medals in Rohtak on Sunday. (TOI Photo)

Manju, who wants to have as many selfies as possible with Mary Kom, is open about her admiration for the star boxer. “I have more than 100 photos with her. All the girls, including myself just love to be around her.”

Manju, who will celebrate her 20th birthday on October 26, is not focusing on 2020 Olympics. “Apna time aayega (My time will come). I will aim to compete in the 2024 Olympics. I have not thought about changing my weight (to 51kg to fit into an Olympic category). I will try to get set in 48kg first before thinking about the switch.”

“The next challenge for me is to keep consistency. I just want to win as many medals for the country and hopefully I will be able to hear the national anthem very soon,” adds Manju. Her mother Ishwanti Devi, has been a strong support for her daughter, celebrated the silver medal by distributing ladoos and sweets among neighbours and friends. Eagerly waiting for Manju, she said, “I can’t wait to see her. The entire village is waiting to get a glimpse of her. We are all so proud of her.” 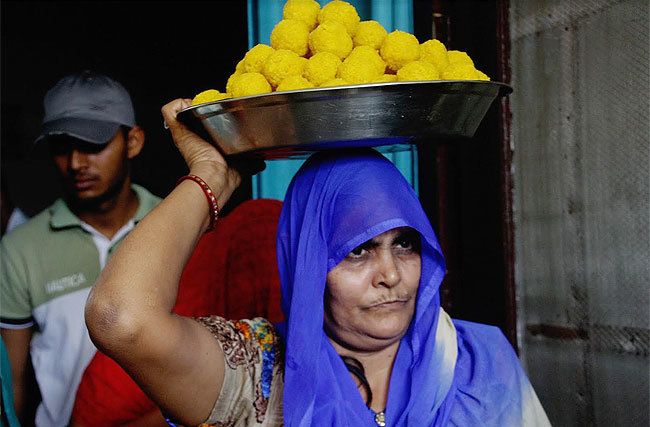 Detroit boasts a hot lineup of sports and fitness deals this...

nomad - December 19, 2019
0
Looking to get fit? From golf packages to martial arts classes, there's plenty to do when it comes to sports and fitness activities coming...