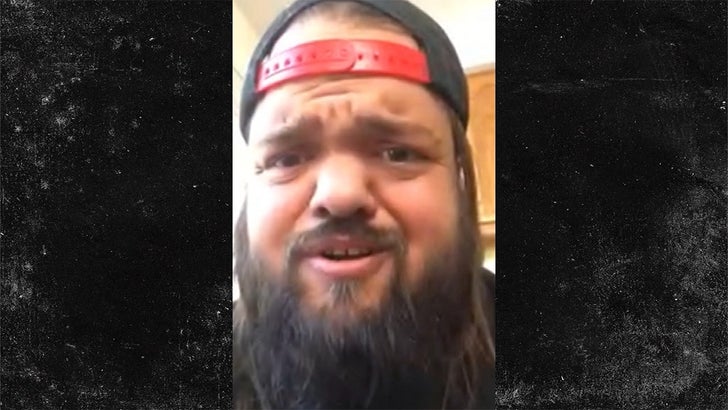 Hornswoggle saw the viral video of 9-year-old Quaden Bayles hysterically crying after incessant bullying … and says he’s been in a similar position, ’cause the wrestling star also grew up with dwarfism — and was picked on.

TMZ Sports talked to Swoggle — a wrestling star who spent 10 years with WWE — offered advice to Quaden on how he should deal with kids who pick on him.

“The minute you don’t let them see that, alright. And it’s not right to say, but maybe they’ll move on to someone else. Or maybe they’ll just stop altogether.”

If you haven’t seen the video yet … it’s heartbreaking to watch. Bayles — born with Achondroplasia dwarfism — says he wants to die ’cause of bullies at school … while crying.

Parents. Please watch this and teach your children disability awareness.

Quaden is 9. He is constantly bullied because of his differences.

Quaden, you are beautiful and we all stand with you! pic.twitter.com/eWkfpbPpiX

Swoggle says it’s also up to the people around Quaden to stand up for him when they see something going down.

The wrestling star says he knows kids look up to him … and hopes he can be a source of strength to those who are struggling with bullies.

“Hopefully I can [inspire kids] in some way. Hopefully [Quaden] sees it as well as other people who might be getting bullied,” Swoggle says.

“Hey, it didn’t get to me. Don’t let it affect you life. Do what you want to do. Live how you want to live and just have fun with life. That’s the key. Enjoy life. We only got one, in reality.”

“You can only be 9 years old once. You cant go back in time to change it, so enjoy it.”

Honouring the best in Hyderabad’s education and healthcare sectors | Events...

Consider Important Experiences, Events, and Ideas that you experienced